Trump Takes His Biggest Lead Yet in the Polls 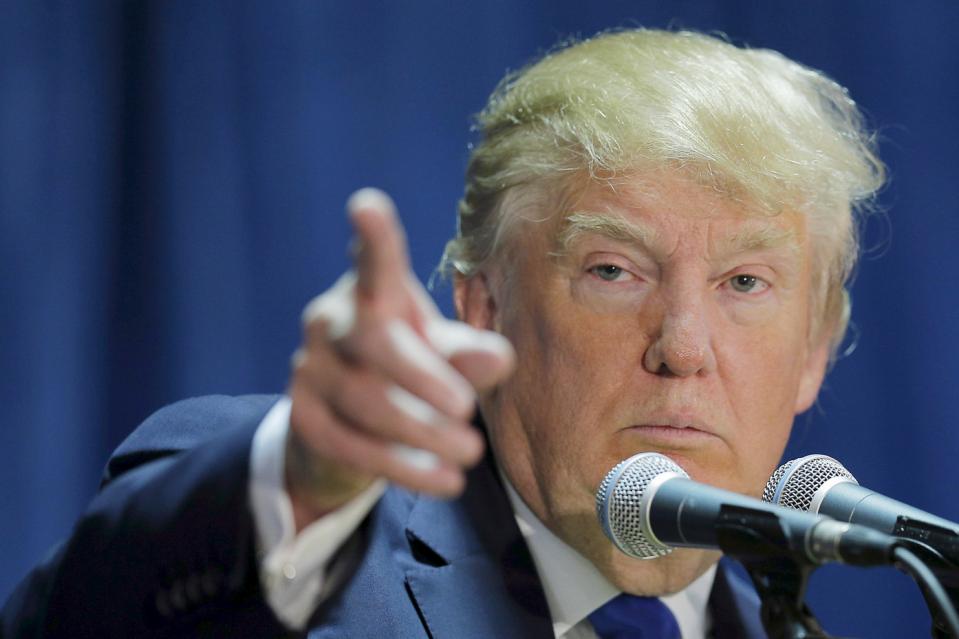 Trump Takes His Biggest Lead Yet in the Polls who said the economy was extremely important to their vote, 60 percent said they trust Trump the most to handle the issue. Among those citing immigration as a top concern, 55 percent trust Trump the most. For those greatly concerned about foreign policy, Trump moved up to 32 percent. And for those greatly concerned about combatting ISIS terrorists in Iraq and Syria, 49 percent say they trust Trump.

As for the rest of the field, it is beginning to look somewhat grim: Retired neurosurgeon Ben Carson continues to lose ground with 14 percent of the Republican vote. Sen. Marco Rubio of Florida, who still must be considered an up and comer, is at 12 percent. All other candidates currently have the support of less than 5 percent of the Republican electorate, including former Florida governor Jeb Bush.

Bush, once seen as a front runner with the fund raising wherewithal to carry him to a GOP nomination next summer, is in free fall, with just 3 percent of the Republican electorate supporting him. Sen. Rand Paul of Kentucky is in even worse shape, with only 1 percent Republican support to show for his year and a half of campaigning for his party’s nomination.

For sure, even as Republican party officials and congressional leaders begin contemplating what the political world would look like with Trump at the top of the ticket, the complexion of the race could change abruptly. “People are still overreacting to pre-election year polls,” said Larry J. Sabato, a University of Virginia political scientist. “When the real votes start rolling in, come February, there will be changes, probably significant ones.”

What’s more, Lara M. Brown, an associate professor of politics at George Washington University, contends that CNN/ORC engaged in a “bad polling practice” in the survey by choosing to ask five questions on the topic of illegal immigration prior to asking about the Republican horserace. This approach might have skewed the results, she writes.

Yet Trump is so cocky at this point that he publicly flirted with the idea of charging CNN $5 million to appear in the network’s next GOP candidates’ debate in Las Vegas on Dec. 15 because his participation would guarantee high viewer ratings. (By late this week he began to back down. “If I don’t do ‘em, the problem will be: ‘Oh, he’s a chicken, he’s using that as an excuse,” Trump told The Washington Post.)

Since he formally launched his campaign with a rambling speech at Trump Towers in Manhattan on June 16, Trump has virtually blown away much of the competition with his harsh anti-immigrant rhetoric, denunciations of President Obama and the professional political class, and promises to bolster the economy, crush ISIS terrorists and halt the movement of U.S. jobs overseas by dint of his superior negotiating skills and powerful personality.

Trump faltered for a while, as Republicans warmed up to Carson and his genial, low-key style. But the new CNN/ORC poll shows Trump once again far ahead of the rest of the pack.