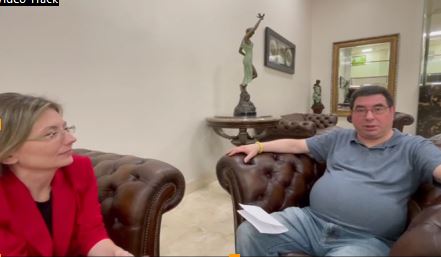 Mr. George Bardmesser is an intellectual property attorney  specializing in the preparation and prosecution of patent applications in the fields of software, business methods, electrical, optical and mechanical inventions.

Larisa is a Jewish immigrant from the former USSR who moved to the United States in 1979 when she was 6 years old along with her parents and two sisters under Religious Asylum. Larisa grew up in what is now Sunny Isles Beach after moving here in 1987. She went to North Miami Beach Senior High School before moving to NYC for College and eventually a career in advertising for one of the largest media agencies in the world managing over $300 million in advertising. There she learned vital people, money and management skills that have helped her excel in her former positions as Commissioner, Vice Mayor and Mayor.

For me, being Mayor isn't just an honor, it's personal. My family has been in Sunny Isles Beach since 1987 and I am fully committed to making sure that what has always been so special and vibrant about this community remains so for my own children and the generations that follow.

I will continue to be a Mayor that works with everyone and brings all stakeholders of the City together - the residents, the condo associations and the business community to ensure that we preserve and protect the character of our City. I have never had a divisive approach to public service because I believe that when everyone has a seat at the table the City comes out on top every time.