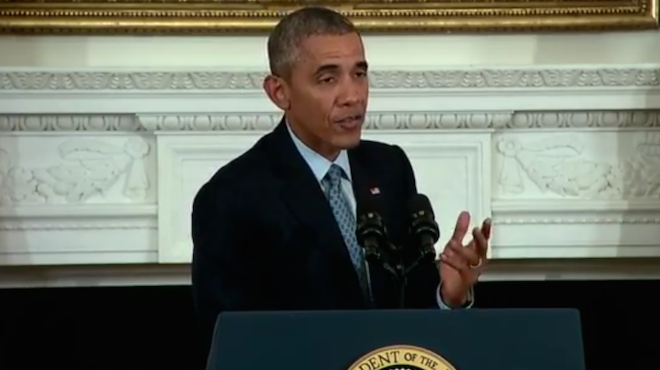 President Barack Obama gestures as he answers question from members of the media during a news conference in the State Dining Room of the White House in Washington, Friday, Oct. 2, 2015. (AP Photo/Pablo Martinez Monsivais)

WASHINGTON (AP) — President Barack Obama is rejecting Russia’s military campaign in Syria, saying it fails to distinguish between terrorist groups and moderate rebel forces with a legitimate interest in a negotiated end to the civil war.

Obama made his remarks at a White House news conference Friday.

The president called Russia’s military involvement, including airstrikes that began this week, a self-defeating exercise that will move the Syrian conflict further from a solution.

Obama said Russian President Vladimir Putin has not attracted international support for his approach in Syria, which is a longstanding Russian ally. He said only Iran and Syrian President Bashar Assad are on Putin’s side, while the U.S. is leading a 60-nation international coalition against the Islamic State in Syria and Iraq.

Copyright © The Associated Press. All rights reserved. This material may not be published, broadcast, rewritten or redistributed.