Here’s why Putin wants to topple Ukraine’s government, not to engineer a ‘frozen conflict’ 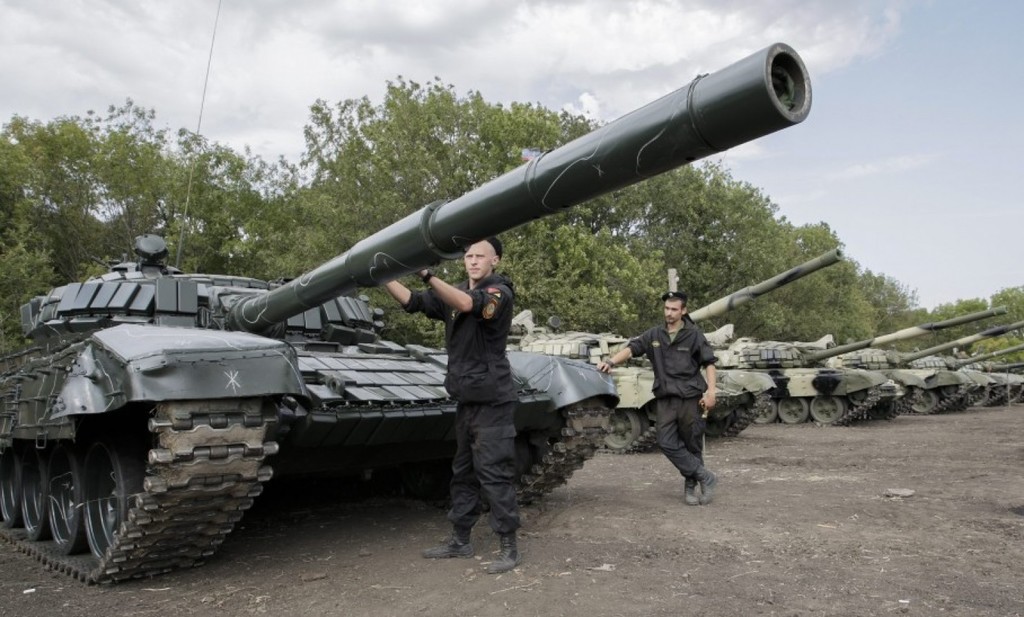 Is Russian President Vladimir Putin trying to engineer a frozen conflict in Eastern Ukraine? That’s what some observers argue: that the main goal of sending troops there is to create permafrost, much like what Russia has going in Transdnistria, Moldova, and Abkhazia and South Ossetia in Georgia.

Those conflicts have been described as “a string of nasty small wars [that] have been settled not through peace deals but simply by freezing each side’s positions.” Neither side can win a decisive victory. And so the nasty little war eventually freezes into long-term suspended animation: The dispute remains but fighting ceases.

But that’s not what Russia wants in Ukraine. A frozen conflict would harm, not help, its strategic interests there. It’s far more likely that the conflict will keep burning, despite formal cease-fire agreements.

Putin wants to topple the Ukrainian government. Here’s why.

A little more than a month ago, here at the Monkey Cage, Samuel Ramani put the conventional wisdom this way: “Putin wants a frozen conflict. It costs less and threatens more.”

[Three and a half reasons why Russia might be planning to withdraw from Ukraine (or some of it, anyway)]

But that analysis conflates means and ends. Since Viktor Yanukovych fled his palatial estate in Kiev in February 2014, Putin’s goal has been to destabilize and topple the pro-Western government that took over Ukraine. Russia has taken advantage of unexpected opportunities since then, including reclaiming Crimea. But Russia will not allow equilibrium in Ukraine until Petro Poroshenko’s government leaves power and is replaced by one that keeps Ukraine firmly in Moscow’s orbit.

Harvard scholar Mark Kramer offers a compelling explanation of the Kremlin’s worry about revolution at home and abroad, which dates from the electoral protests in Russia in 2011-2012. That’s when tens of thousands of Russians took to the streets to protest alleged electoral fraud. Although the demonstrations never seriously threatened Putin’s government, scholars agree that that was the moment Putin recognized he could no longer count on the passive consent of the Russian masses as he crafted a political system around his own power.

Russia scholar Lilia Shevtsova has dubbed the protests the “end to the post-communist status quo.” Suddenly Putin could picture mass resistance to his rule. Of course, even 60,000 Russians in the streets were a tiny minority of Russia’s population of 142 million. But Putin could look over at the Orange revolution in Ukraine and the Rose revolution in Georgia, in which peaceful protesters overthrew their governments, to see that vocal minorities could quickly become powerful.

With this as background, Kiev’s Maidan revolution presented a dual threat to the Kremlin. Some international relations scholars such as John Mearsheimer have argued that the Kremlin considered the prospect of losing Ukraine to the West a disastrous external security threat, especially if Ukraine were offered NATO membership someday.

But that wasn’t the only threat. As Kramer writes:

This unexpected [overthrow of Viktor Yanukovych] alarmed the Putin administration, raising fears that the Ukrainian revolution might inspire forces in Russia to think about doing the same. … At a minimum, the Russian authorities wanted to use the opportunity to seize Crimea and to adopt measures that would destabilize and humiliate the new Ukrainian government, making clear to the Russian public the undesirability and high costs of mass upheavals.

Initially, annexing Crimea and intervening militarily in Eastern Ukraine looked promising as a way to destabilize and topple the Kyiv government. Russia’s actions threatened Kiev with the humiliation of an unchallenged land grab in Crimea; the loss of territory to separatists in the East; the demoralizing military defeats by rebels and unmarked Russian troops; and the Kiev government’s inability to solve its massive domestic challenges.

Combined, these could potentially spark an elite or mass-led backlash against the young government — and thereby bring down the Ukrainian government without a massive Russian invasion.

Russia wants change, not a stalemate.

It didn’t work. Eighteen months after Russian soldiers first appeared in Crimea, Poroshenko’s government in Kiev still stands. Predictions of its collapse call to mind Mark Twain’s famous quip that “reports of my death have been greatly exaggerated.”

[Hey, Putin, have you seen how much China is investing in Ukraine?]

Russia has failed to achieve its key strategic objective in Ukraine. It has not replaced the post-Maidan government with one willing to grant Russia significant influence in Ukrainian policymaking. And a “frozen conflict” won’t help.

A frozen conflict, like those in Moldova and Georgia, implies that Poroshenko’s government has lost control over the territories in question. But that may actually help Kiev. In excising themselves from Ukraine proper, the breakaway regions in the East and their Russian backers are walled off from national politics. They’re quarantined, unable to influence and destabilize the government directly.

Furthermore, a truly frozen conflict is just that: frozen, a relatively stable stalemate. Neither side can change the status quo. Separatists cannot seize new territory; the central government cannot recapture control of the disputed territories.

Scholars recognize that such conflicts can flare up unexpectedly. But once these disputes “freeze,” they do not usually lapse back into large-scale fighting. That’s a problem for Moscow. Major combat might threaten the stability of the Ukrainian government. By contrast, a frozen conflict allows Kiev to turn its attention and resources toward urgent domestic reforms.

[Yes, Ukraine is still in crisis. Would becoming a ‘buffer state’ help?]

A truly frozen conflict would actually increase the Ukrainian government’s chances of survival, despite the tremendous territorial cost.

Russia’s strategic interests in Ukraine require not a frozen conflict but an active one. A frozen conflict in Ukraine, would be a major failure of Russian foreign policy. Which means that the reestablished cease-fire in Ukraine on Sept. 1 should be seen skeptically. Fighting between Ukrainian forces and the Russian-backed rebels will almost certainly return.

But it probably won’t be large-scale fighting in Eastern Ukraine. This summer, many expected that an impending Russian-backed offensive by the separatists would reignite the war. That didn’t happen. Western sanctions, combined with low oil prices and Russia’s economic troubles, may be restraining Russia.

The future is not war or peace, but a continuing simmer.

If neither war nor peace are likely, then what will the future look like in Eastern Ukraine? For now, it will probably look much like the summer of 2015: ongoing low-level conflict with casualties on both sides, but no major offensive that could tip the balance. Unable to return the situation to what it was before, the Ukrainian government is unlikely to risk losing its next-best alternative, a stable frozen conflict. And Russia won’t be likely to risk a military offensive.

Instead, the Kremlin probably will carefully calibrate its actions in Eastern Ukraine, dialing its intervention up or down as needed.  Russia has proved remarkably adept at scaling the intensity of fighting as needed, and will probably keep doing so. Today, the Kremlin requires fighting that’s just hot enough to keep the conflict simmering and to distract Kiev from domestic concerns — but not so hot that war boils over.

Putin is unlikely to be satisfied until Kiev has a pliable pro-Russian government. Until then, Russia will keep using all the diplomatic, political, economic, social and military means it can to throw Kiev off balance.

Robert Person is an assistant professor of international relations and comparative politics at the U.S. Military Academy at West Point. He specializes in the foreign and domestic politics of Russia and the post-Soviet states.