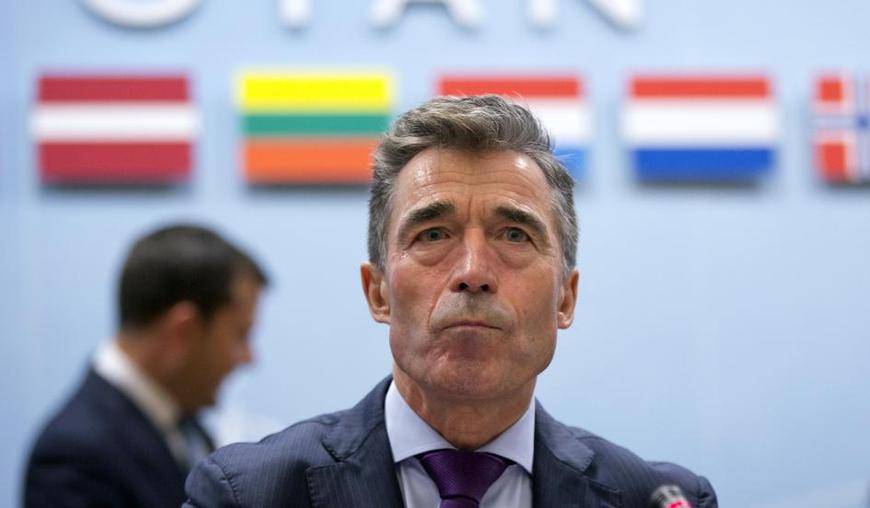 An increasingly unpredictable Russia is engaging in a “hybrid war” with Europe, seeking to destabilise states from within, and is more dangerous now than during the days of the USSR, Nato’s former secretary general Anders Fogh Rasmussen has warned.

In an interview with Newsweek, Rasmussen says he fears Russia could use similar military tactics to those it is using in Ukraine.

Relations between Russia and Europe have hit their lowest since the Cold War in light of the Ukrainian conflict and the increasing incursions into European airspace by Russian military aircraft.

“Russia has adopted this approach and it is a mix of very well-known conventional warfare and new, more sophisticated propaganda and disinformation campaigns including Russian efforts to influence public opinion through financial links with political parties within Nato and engagement in NGOs.”

“We know the nationalistic Right-wing parties have expressed a clear sympathy for Russia, so have some of the far Left. We have such parties in Greece, Hungary, Bulgaria and France,” Rasmussen says.

“I think the Greeks are playing with fire,” he said, commenting on Greek prime minister Alexis Tsipras’s recent trip to Moscow. “Russia can’t rescue Greece economically. Russia itself is broke. Greece can only be rescued by the West.”

According to Rasmussen, Russia has also bared its teeth in more conventional ways, as frequent reminders of the country’s nuclear arsenal have alarmed the West in ways which even the USSR was reluctant to do so.

“Even during the Soviet time they were hesitant to talk about nuclear conflict. Now we see an open debate. In that respect the Russia of today is more dangerous than the Soviet Union. The USSR was more predictable than the current leadership.”

Although Rasmussen believes that in the foreseeable future Nato “will remain the cornerstone of European security”, he adds that there is need for evolution. He proposes that Nato ought to revise the nature of what it considers an act of aggression, to include such hybrid threats.

“Already at the Nato summit we took a first important step in updating the terminology of ‘armed attack’ to include cyber attacks. Now we consider cyber security as part of collective security. I think in light of Russia’s hybrid warfare we should have an even closer look at the term.”

Most recently Poland’s head of the National Security Bureau General Stanisław Koziej said that although Poland felt safe from open Russian aggression because of its Nato membership, “we cannot be that certain in the case of threats under the threshold of war – hidden aggression, diversion”.

“The West should obviously not be naive,” says Rasmussen. “It is necessary to strengthen methods against hybrid threats. We need more investment in cyber security, better-funded intelligence and more shared knowledge among allies, to give us better situational awareness to inform our use of special operations forces.”