McCain: Not Arming Ukrainians “One Of The Most Shameful Chapters In American History” 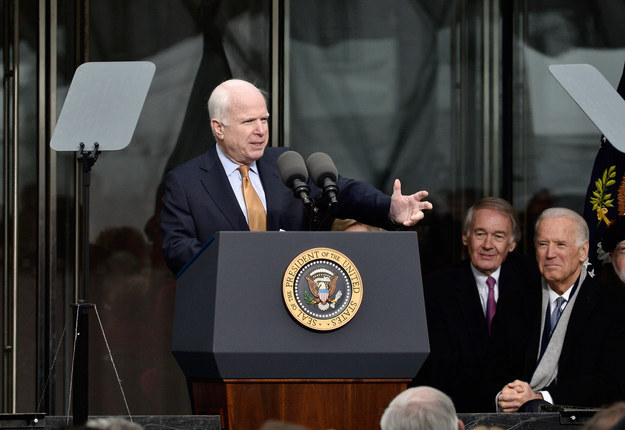 Arizona Sen. John McCain says the United States not providing Ukraine with weaponry to defend themselves against Russian aggression is “one of the most shameful chapters in American history.”

The U.S. has provided Ukraine with non-lethal military aid but has denied requests for requests for weapons despite having Congressional authority do so. McCain was one of the lead signatures on a bipartisan letter back in February calling for arming of Ukraine against Russian aggression against their country.

“But, let me just say that one of the most shameful chapters in American history is our failure to provide the Ukrainians with weapons to defend themselves while Vladimir Putin dismembers their country,” the Arizona senator said on the John CATS Roundtable Radio Show on Sunday.

McCain further added the failure to arm the Ukrainians was “disgraceful.”

“The first time since the end of World War II that has happened. The Ukrainians aren’t asking for American boots on the ground, they’re just asking for weapons to defend themselves and they’re being slaughtered by Vladimir Putin and his stooges and it’s disgraceful. I would say that’s as far as our moral commitment is concerned that’s probably one our biggest areas of concern.”

McCain earlier in the interview cited former Secretary of State Henry Kissinger saying that the world has never been in more crises since the end of WWII, noting Chinese aggression into international waterways and events in the Middle East.