How Trump Can Get Putin’s Attention 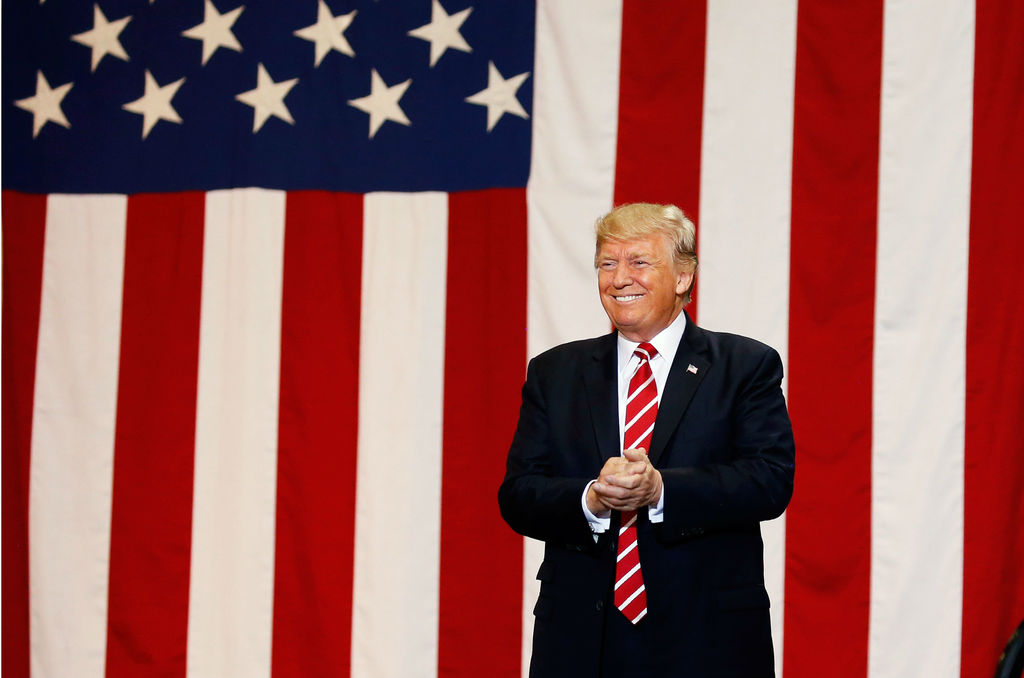 Two days after Russia told US Secretary of State Rex Tillerson it was willing to talk about Ukraine, Moscow unilaterally and illegally closed the Kerch Strait, ostensibly for technical reasons. So much for a willingness to talk. Russia is not only threatening Ukraine again, it also is displaying contempt for President Donald Trump personally. Moscow’s targeting of Ukraine and its economy are obvious. The Kerch Strait connects the Black Sea to the Sea of Azov. Its closure cuts off the two strategically important Ukrainian port cities of Mariupol and Berdiansk, along the northern shore of the Azov Sea, which are major export centers to the West for Ukrainian steel, from the Black Sea. Moscow is signaling that it can strike at Ukraine’s society, politics, and economy whenever it likes.

Closing the strait is also a strike at Washington; if Moscow wanted to talk seriously about Ukraine with Trump, this action would not have occurred. Prime Minister Dmitri Medvedev’s recent comment that Trump cuts a humiliatingly weak figure at home shows Moscow’s utter contempt for Trump, Tillerson, and the administration in general. However, if Moscow thinks it can act with impunity against Kyiv and/or Washington, it is profoundly deluded. The enormous costs of the sanctions that have been imposed since 2014 already show the steady impoverishment of Russia and have forced noticeable cutbacks even in defense spending as well as vital domestic investments. Putin may pretend that he can carry on as before, but his aggression has brought about a situation where he can only threaten Ukraine by such indirect means as these kinds of closures, economic warfare, cyber-strikes, and terrorism.

Although Russia has augmented its military capabilities around Ukraine and is attempting to do even more, it probably has reached the economic and strategic limits of its capabilities to invade Ukraine. While the Russian army totals about 350,000 men, only about one third are available for combat operations. Military escalation is becoming progressively more difficult to carry out. If Russia openly invaded Ukraine, it would arouse Europe, strengthen its cohesion by an order of magnitude, could even lead to NATO support for transferring defensive weapons to Ukraine and a larger and faster defense buildup. Therefore, it has to resort to such displays of rhetorical and simulated acts of bravado to sustain the untenable illusion of great power equality with the United States.

Trump should understand what Putin is up to. The psychological warfare of showing bravado and contempt is one that Trump employs, but it is not one he or we should tolerate. Indeed, whatever else we have done, the West is successfully imposing major costs upon Russia through the newest round of sanctions plus the extension of older ones. The limits to Russia’s capacity for military escalation are actually becoming clearer. The situation calls for continuing and extending those costs, while leaving the door open for serious negotiation when Moscow is truly ready.

In practice this means that Washington should send US Navy warships into the Sea of Azov through the Kerch Strait to demonstrate our commitment to Ukraine’s sovereignty and integrity and the freedom of navigation on the seas, which has been a cornerstone of US foreign policy since 1789. (This is similar to what the United States is doing in the South China Sea.) And NATO should do the same thing. Another way to impose costs on Russia is to give Ukraine the defensive weapons it needs and has requested to fight aggression. Not only is this in keeping with US policy since 1947, it also shows Putin and his cronies that he cannot redraw borders or disrespect the United States without paying the price. By doing so, we take a leaf out of Moscow’s and Beijing’s old strategy of simultaneously talking and fighting. Failure to respond to these deliberate provocations only invites more aggression. Indeed, it is the failure to send Ukraine the help it needs that encourages unceasing Russian acts of aggression. The more this war comes home to Putin, the sooner it will become more difficult for him to sustain. And that, after all, has been the US objective from the start.

Stephen Blank is a senior fellow at the American Foreign Policy Council. He is the author of numerous foreign policy-related articles, white papers, and monographs focused on the geopolitics and geostrategy of Russia and Eurasia. He is a former MacArthur Fellow at the US Army War College.