Why the Clinton Foundation scandals will never go away 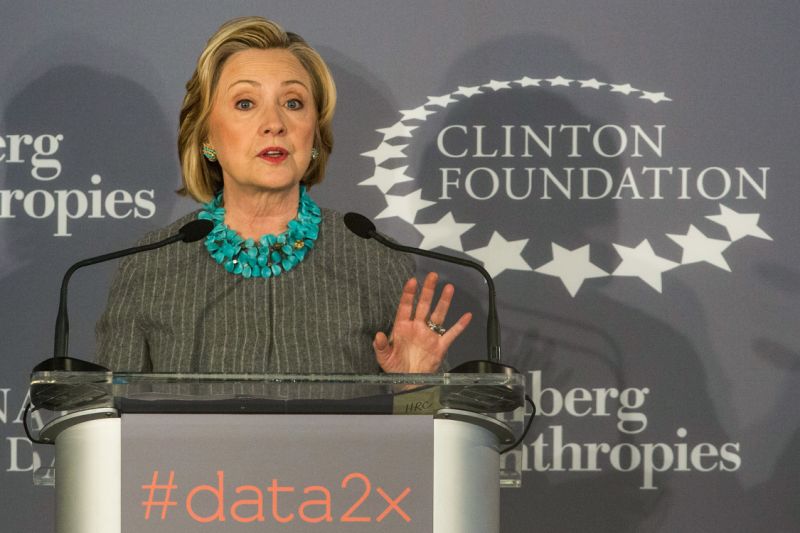 The mere mention of the Bill, Hillary and Chelsea Clinton Foundation evokes suspicion among many Americans. But few can say exactly why.

Hillary Clinton’s presidential campaign has been dogged by accusations that the nonprofit organization established in 1998, when her husband Bill was still president, has been a giant favor-selling machine for people with lots of cash seeking favorable treatment from the US government. The latest charges, leveled by the conservative group Judicial Watch, suggest wealthy donors to the foundation sought favors from the State Department when Clinton was its head, in exchange for their largesse.

There have been many such allegations during the last decade and a half, as Bill Clinton has made a living as a private citizen while his wife was mostly employed as a high-level public servant—first as a senator from New York, then as secretary of state. There’s never been a smoking gun showing Hillary Clinton, in her role as a government official, did favors for foundation donors, in an explicit quid pro quo. But the murky overlap between the Clintons’ public and private lives has raised many legitimate questions, which contribute to the deep distrust many voters feel toward the Democratic presidential nominee.

This problem seems unlikely to go away, and might get worse if Clinton actually wins in November. There are three reasons why. First, the Clinton Foundation is not a normal charitable group doing good deeds. Unlike many foundations, it relies on donations from the public for its funding, rather than an endowment that produces income. The fact that one of the Clintons holds or seeks high public office creates the possibility that money entering their world on the private side, as a donation to the foundation, could play a role on the public side, where public-policy decisions are made. There are a lot of nonprofit groups that fund their activities with donations, but literally none of them is as closely linked to national decision-making authority as the Clinton Foundation is.

Second, there are undoubtedly some donors who hope to buy influence by donating to the Clinton Foundation, whether influence is for sale or not. Even if the Clintons were perfectly pure and impervious to influence-peddling, that wouldn’t stop determined cronyists from trying. In fact, many of the controversies surrounding the foundation involve donors who have seemingly tried to exploit their connection to the Clintons to secure favors. Whether those donors got what they may have been seeking is unclear in many cases, yet the mere ask raises unsettling ethical questions. The foundation’s scope and structure seem destined to invite favor-seekers for as long as one of the Clintons remains active in government.

Third, the Clintons have so many far-flung interests that they practically lure shadowy characters into their orbit. Their foundation, for one thing, has been criticized for focusing on too many things and doing none of them particularly well. Charity Navigator, which rates nonprofit groups, says it can’t evaluate the Clinton Foundation because of its “atypical business model.” The Carter Center, the nonprofit founded by former President Jimmy Carter and his wife Rosalynn, by contrast, gets high marks for a clear mission focused on improving living conditions in areas of strife, and for expenditures that support that mission.

* A group of Canadians who controlled an important uranium-mining company donated more than $30 million to the Clinton Foundation while seeking approval from the US government to sell its mining interests to a Russian firm. Secretary of State Clinton was one of the officials ruling on the deal, which the US government approved in 2010.

* Another Clinton Foundation donor, who was a Chicago securities trader, was appointed to an intelligence advisory board in 2011, despite having no relevant experience. Emails suggest aides to Secretary Clinton requested the appointment. The man left the post a few days after ABC News began asking about his qualifications and ties to the Clinton Foundation.