Noah here from WeLoveTrump and I'm just gonna warn you, I am FIRED up tonight.

I just can't take much more of what I'm seeing.

It might be more than some people can take.

I am bringing some HARD truth tonight, and you may not be able to handle it. ????

But this is too important to ignore any longer.

This BLM stuff is out of control and I never thought I'd see this chaos happening in America....and police and civilians bowing to it.

More on that in a minute.

First up is a story of two RINOs:

Now do you see what I've been telling you for 3 years?

It's NOT Republican vs. Democrat.

It's Nationalist vs. Globalist.

And we haven't had a Nationalist President since Reagan.

And before him?  Kennedy.

Funny thing about those two, they were the only two to get shot in the 20th century, do I have that right?

And before them, another Nationalist:  Lincoln.

Funny how that works.

Study up on it.

Next a great story to tell you about a man named Walt Blackman:

Huge congrats to this man for speaking up with courage.

How soon before they force him to issue an apology?

It is no longer acceptable in America to have ANY opinion that is not in line with the far-left progressives and Black Lives Matter.

Then we have two massive donations announced today, each in the amount of $100 million....yes, that would be 9-figures:

Now, where do you think that money will be going?

I'll give you a couple hints....probably to pay for a lot of bail money, pallets of bricks, you know, the usual!

Meanwhile, I saw this and had to pass it along....

Here is a black small business owner literally with his black face on the sign of the building and these BLM THUGS didn't give a damn, they destroyed his building and looted it:

Do you see now this has NOTHING to do with justice for whatever his name was?

This is just an excuse to riot and loot and burn down America.

We have to wake up and rise up folks, before America as we know it is GONE!

If they will do this to a fellow black man, what will they do to you?

To your 80 year old grandparents?

Some good news to pass long:

Throw his bum ass in prison and throw away the key.

Now that ANTIFA is a terrorist organization, can we just ship every damn last one of these THUGS to GITMO and be done with it?

And I end with two stunning articles.

All you white-guilt people posting all your black rectangles on Facebook and posting all these emotional posts about how you have white privilege and now realize you are part of the problem....

They are playing you!

Do you see it yet?

Did this article open your eyes?

Every last one of you that went out and "protested" with BLM, thinking you were making a difference....you just got played.

They told your white behinds to "stand down".

What kind of language is "stand down"?

It's language that Hillary Clinton issued at 3am to the command center.

If you don't see it now, you might not ever see it until it's too late.

They've declared war folks, and YOU are the enemy.

Whether you change your Facebook profile to a black rectangle and whether you post some virtue-signaling post about your white privilege online....They.  Don't.  Give.  A.  Damn.

They want you dead.

They want you gone.

And you're protesting for them?

WAKE THE HELL UP!

And last up, I bring you the worst of all.

Did you ever think you'd see this in America?

Yes folks, that is literally the Chief of Police surrendering in front of an enemy squadron, putting his hands behind his back and laying down.

How soon before he ends up roasted on a spit like Christopher Stevens?

Watch the video and EVEN AFTER he does this someone in the crowd yells, "That's not enough!"

No, to these people it's not.

They want us dead.

Will we let them kill us, and will we surrender willingly?

Before I go, one simple question....ANTIFA is now a Terrorist Organization.  Do you think BLM is one too?

Love to hear your thoughts.

See you next time,


p.s. Just got these in, new vintage mesh hats perfect for summer....only while they last, check availability here: 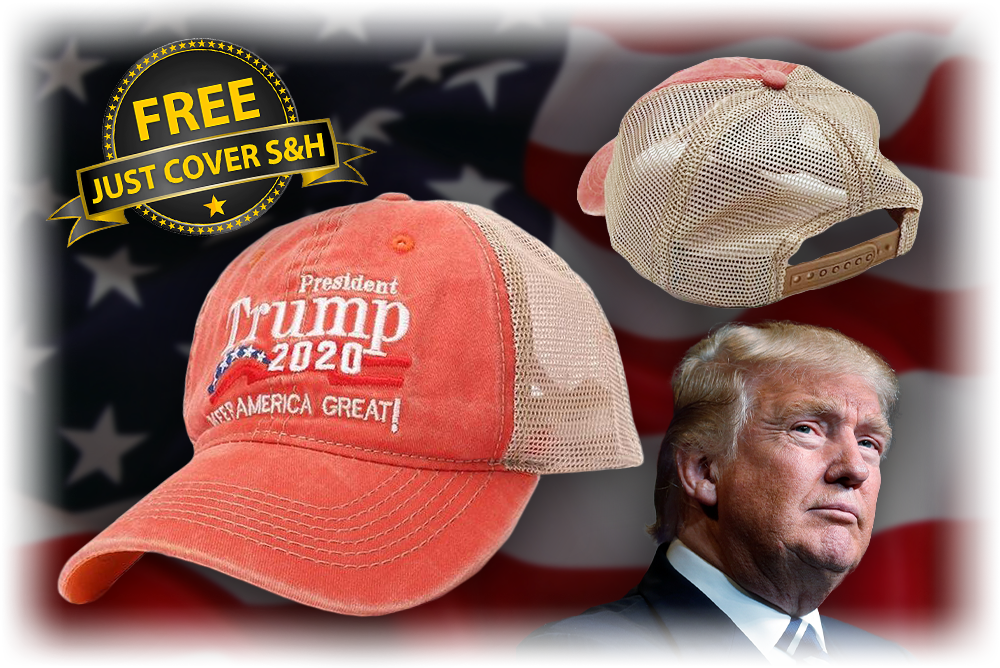