The Russian Plot against Europe 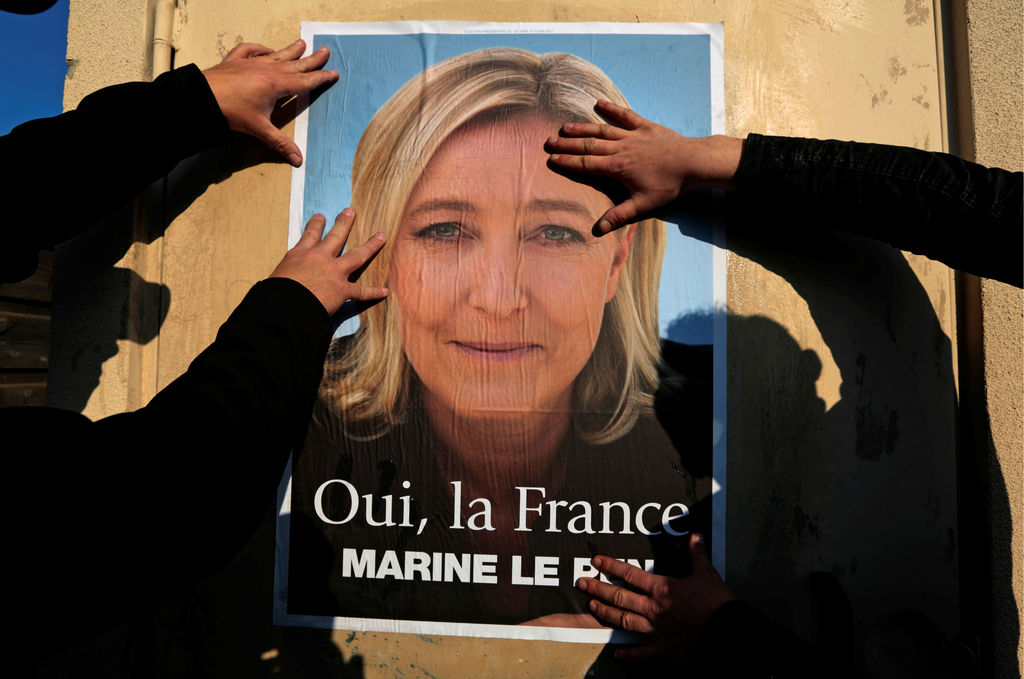 Russia’s influence reaches deep into Western Europe. France has a major far-right, Eurosceptic, and openly pro-Russian party that receives funding from the Kremlin. In London, Brexit provides an opportunity for Moscow to gain a toehold in British politics. Germany’s former Chancellor Gerhard Schröder serves as chairman of the Russian-German pipeline Nord Stream. But these examples hardly scratch the surface of Russia’s active involvement in Europe’s three great powers.

There is no single formula for how Russia projects power in Europe, but the goal of its Trojan Horse strategy is the same: to build a web of political leaders, parties, and civil society organizations that will legitimize Russia’s aims to destabilize European unity and undermine European values. In the West, the Russian government cannot rely on a large and highly concentrated Russian-speaking minority as its target of influence and lacks the same historical or cultural links. In this context, the Kremlin’s destabilization tactics have been subtler. These are the conclusions of a new Atlantic Council report, The Kremlin’s Trojan Horses.

The web of political networks is hidden and non-transparent by design, making it purposely difficult to expose. Traceable financial links would inevitably make Moscow’s enterprise less effective: when ostensibly independent political figures call for closer relations with Russia, the removal of sanctions, or criticize the EU and NATO, it legitimizes the Kremlin’s worldview. It is far less effective, from the Kremlin’s point of view, to have such statements come from individuals or organizations known to be on the Kremlin’s payroll.

Since the 2008 economic crisis, which provoked mistrust in the Western economic model, the Kremlin saw an opportunity to step up its influence operations in Europe. Russia has developed well-documented relationships with anti-EU, far-right political parties and leaders. Their influence strategy is tailored to each country’s cultural and historical context.

Russia’s two main inroads into French politics are through business and politics. In 2014, National Front received a nine million Euros loan from the Moscow-based First Czech Russian Bank. In 2016, National Front President Marine Le Pen asked Russia for an additional twenty-seven million Euros loan to prepare for the 2017 presidential and parliamentary campaigns. Le Pen’s party supported Russia’s annexation of Crimea, and some analysts see these loans as quid pro quo. Her party faces no legal consequences for receiving large payments from a bank owned by a foreign power. Yet private businesses cannot make political donations to parties; the same rules should apply to foreign governments and their subsidiaries.

French authorities should act soon. Both the National Front and some of the Republicans around former French President Nicolas Sarkozy, who will contest the 2017 presidential election, want warmer relations with Russia. Next year’s election could change France’s relationship with Russia.

In Germany, Russia uses pro-Kremlin networks such as the German-Russian Forum and the Petersburg Dialog, parties and populist movements across the political spectrum, and Russian foreign media to push its talking points. Deeply intertwined historical connections make the Kremlin’s point of view more palpable to mainstream politicians and business leaders. Russia’s attempts to use its connections with business leaders or NGOs to push through energy and business projects should be exposed in the media and by investigative groups. To that end, the German intelligence service should examine Russia’s funding of political groups, media outlets, and civil society organizations.

Germany also faces elections in 2017, and Russia is a hot issue. German Chancellor Angela Merkel has maintained unity on EU sanctions on Russia and led efforts to bring a lasting ceasefire to Ukraine. Her competitors, the Social Democrats (SPD), Die Linke, and Alternative for Germany, take issue with her Russia policy. Leaders within the SPD have advocated for lifting EU sanctions on Russia, while representatives of Die Linke and Alternative for Germany seek to cultivate ties with Russia.

The UK remains vulnerable but more resistant to the Kremlin’s efforts. During the Brexit campaign, UKIP leader Nigel Farage criticized EU sanctions and expressed admiration for Putin. After the Brexit vote, UKIP could do well in future elections and try to soften the country’s hawkish position on Russia. There’s evidence that the Conservative Party has received substantial donations with direct links to Russia, although under Prime Minister Theresa May, the party firmly supports NATO and the transatlantic alliance. Jeremy Corbyn, the leader of the Labour Party is openly warm toward Russia, but his leadership is precarious. More generally, numerous think tanks and cultural organizations follow a pro-Russia line. The problem in London is easy to see: Russia uses non-transparency in campaign financing and financial transactions to establish pro-Russian groups and funnel political contributions through shell organizations. The law on foreign contributions should be tightened and the Electoral Commission should take pro-active enforcement action. Intelligence agencies should be given a clear mandate to investigate foreign funding of political parties, and political donations from outside the UK should be forbidden.

The Kremlin’s concerted effort to establish networks of political influence is working. Be they Putinverstehern, useful idiots, agents of influence, or Trojan Horses, the aim is the same: to cultivate a network of organizations and individuals that support Russian economic and geopolitical interests, denounce the EU and European integration, propagate a narrative of Western decline, and vote against EU policies on Russia (most notably sanctions)—thus legitimating the Kremlin’s military interventionism in Ukraine and Syria, weakening transatlantic institutions, and undermining liberal democratic values.

The Kremlin’s influence operations are not just tactical opportunism. Behind the networks, the long-term goal is to upend the Western liberal order by turning Western virtues of openness and plurality into vulnerabilities to be exploited. These efforts were long ignored, overlooked, or denied by Western European countries. But they are now bearing fruit for the Kremlin. Anti-EU, pro-Russian parties, driven by domestic discontent but fanned by Russian support, are gaining at the polls; the UK has voted to leave the EU; the refugee crisis, partially facilitated by Russia’s military intervention in Syria, is driving a wedge between European nation-states; trust in establishment parties and media is on the decline; and self-proclaimed illiberal leaders in Poland and Hungary are forging an anti-democratic path that looks East rather than West.

Western democracies have not come to terms with Russia’s increasing influence in their politics and societies. This lag in response to the slowly metastasizing threat is likely due to Western European leaders’ attention being focused elsewhere: Europe has been muddling through its many crises for the last decade, and the need to solve Europe’s immediate problems takes primacy over incrementally brewing influence efforts by a foreign power. However, Western hubris also has a role to play; European leaders have been reluctant to admit that the world’s oldest democracies can fall prey to foreign influence. Open and transparent liberal democratic institutions are supposed to be a bulwark against opaque networks of influence, but they are not. British, French, and German leaders must come to terms with their countries’ vulnerabilities to Russian influence before it’s too late.

Alina Polyakova is the Deputy Director at the Dinu Patriciu Eurasia Center and Senior Fellow for the Future Europe Initiative at the Atlantic Council. She tweets @alinasphere. She is a contributor to the Atlantic Council’s The Kremlin’s Trojan Horses report, along with Marlene Laruelle, Stefan Meister, and Neil Barnett, from which this article has been adapted.