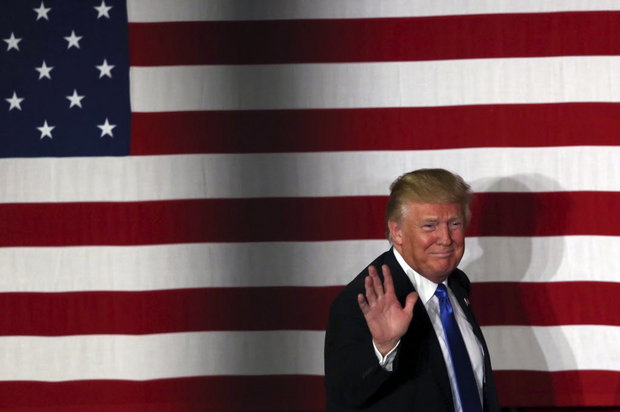 STATEN ISLAND, N.Y. -- Those who spent part of their lives in the former Soviet Union remember what it was like to live under a repressive socialist regime, and on Staten Island, some of them are hoping Donald Trump becomes the next American president.

Four Russian and Ukrainian men, who are longtime Staten Island residents and who have called America their home for between 23 and 27 years each, spoke with the Advance about their support for Trump and their hope that the Russian-speaking population on Staten Island and elsewhere recall their experience with socialism and reject both Hillary Clinton and Bernie Sanders.

Trump, the presumptive Republican nominee, garnered 82 percent of the vote on Staten Island in the April 19 primary when Texas Sen. Ted Cruz and Ohio Gov. John Kasich were still in the running.

Igor Baboshkin of Emerson Hill, Dmitry Lisovetsky of Dongan Hills, Ilya Galak of Annadale and Arkadiy Fridman of New Dorp believe that among the Russian-speaking population on Staten Island, Trump has support in the 80 percent range.

"And everyone says Trump is anti-immigrant," Fridman said with a laugh.

He and his colleagues are all active in the Island's large Russian-speaking community — Lisovetsky through the Russian funeral home he owns, Baboshkin as publisher of Russian-language newspapers and as president of Russian Americans Council of Staten Island, Galak as a member of a civic organization and involved with Fridman in a local publication, Citizens Magazine. Fridman is also president of the Staten Island Community Center.

The men fear there is a movement in American politics toward harmful socialist policies.

Under such policies in the former Soviet Union "everyone became equal and poor," Fridman said.

The men shared stories of having no money and no goods available to buy even if they did have the means to purchase them.

In America, all four men work hard to build lives for themselves and their families, own businesses and houses, and they want to see economic growth more than anything.

Galak calls himself a one-issue voter: Is it made in America? Good.

When he recently needed to purchase fire alarm cable for his job as an electrical engineer for a building project, he gave his business to the one New York-based company he could find that sold the good.

Most of the time, the products he buys come from China.

A Democrat — the only one in the group of four, the others Republicans — he voted in the primary for Sanders because he wants to bring manufacturing jobs back to the United States. But Galak said Trump has his vote in the general election.

"Without manufacturing, our country is doomed," he said.

Fridman believes that the larger group of Eastern European immigrants who have become American citizens will support Trump.

The men all came to America legally, waiting, in some cases, a few years before getting the proper green-lit paperwork.

They have seen, in their personal experiences, little motivation for new immigrants to work hard in America.

Lisovetsky said it's hard to find Russian-speaking employees for his business because they would rather collect unemployment benefits and food stamps.

"We came to start working," Fridman said. "We understood that we have to become Americans."

They believe Trump will do everything he can to reform the immigration system that has people waiting far too long and encourages illegal immigration by rewarding people with handouts.

They also like that Trump opposed the Iraq War and other military aggressions, being slower to get American troops involved in conflict than perhaps Clinton's record would suggest she would be as president.

Asked whether they truly believe socialism in Eastern Europe could come to America, they expressed their belief that a close enough version could.

Having come from oppressive governments, the four men agree: more government means more corruption. That is perhaps the biggest reason they support Trump, for his support of limited government, lower taxes, private sector growth and more incentives for businesses to locate in America, instead of much-more-affordable overseas locations.

With a more business-friendly climate, America could become a place where companies can afford to locate to, they argued, and create jobs.

That climate won't be created under a Clinton or Sanders presidency, they believe, only a Trump administration.

"Corruption exists only when [the] government has a lot of money, when we don't have private investment anymore," Fridman said. "So government taxes the middle class, then collects the tax money and invests in government projects and wastes the money. When [the] private sector invests, the private sector makes sure that we will not lose the money ... every penny counts."