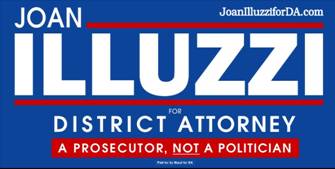 "While I believe that even more funding and resources are needed to fight the growing heroin and prescription drug epidemic, I hope this announcement signals that the federal government has heeded Staten Island's call for an aggressive re-focus on the interstate heroin trade that is dumping more of this poison into our borough every day," Ms. Illuzzi said.

According to details on the Heroin Response Strategy released by the White House, the program will create 5 regional coordinators in the areas experiencing the worst heroin and prescription drug epidemics, including New York/New Jersey. The coordinators will work with local stakeholders to foster a collaborative network of public health-public safety partnerships within and across jurisdictions to share best practices, innovative pilots, and identify new opportunities to leverage resources to better address the heroin/opioid epidemic. Specifically, the program will rely on "experienced, connected law enforcement contacts" to craft effective policies and allocate resources.

"We need an experienced DA who understands where these resources should be allocated...and as someone who has been a prosecutor for 27 years, I know first-hand how these drugs destroy families, and I know what it takes to prosecute and convict those who sell and traffic them," Ms. Illuzzi continued. "It starts by putting programs in place where families and friends of addicts can safely receive help through education and intervention if they suspect a loved one is using, and modernizing the DA's office with up-to-date technology to gather crucial evidence against the dealers plaguing our community."

Ms. Illuzzi concluded, "As our next DA, I look forward to taking full advantage of these resources for Staten Island's anti-heroin crusade, and will devote my 27 years of prosecutorial experience to ensuring that our borough leads by example and truly set the bar for communities nationwide."

Joan Illuzzi, a lifelong Staten Islander, is a 27-year veteran of the Manhattan District Attorney’s office where she served under the legendary Robert Morgenthau and  Cyrus Vance, Jr. In addition, Ms. Illuzzi was named Senior Trial Counsel to Robert Morgenthau in 2000 (a role she continued under Cyrus Vance, Jr.) and was also named Chief of the Hate Crimes Unit in 2010. She resigned her position in the Manhattan DA's office to run as the endorsed Republican party candidate to succeed former Staten Island DA and now Congressman Dan Donovan.

Joan has been endorsed by: