How Russian Lobbyists Are Manipulating American Perceptions of the Ukraine Conflict 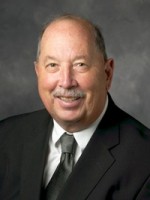 Paul Gregory is a specialist on Russia, the Soviet Union and Ukraine. He is a Cullen Distinguished Professor at the University of Houston; a Research Fellow, at the Hoover

Ukraine is fighting an uphill war against Russia on many fronts, including simmering hot war in east Ukraine, its uneven battle against Vladimir Putin’s propaganda machine, and its attempts to neutralize hostile Viktor Yanukovich oligarchs who are still on the loose.

Add a new one to the list: Ukraine’s impotence against Russia’s all-star roster of lobbyists that include a former German chancellor and former U.S. Senate minority leader.

The Russians understand lobbying. The wet-behind-the-ears Ukrainians do not.

I had thought Ukraine was outgunned in Europe by a coterie of German and French Putin-Versteher, but I now learn that Ukraine is outgunned on Washington’s K Street as well.

At the beginning of military hostilities in eastern Ukraine, I asked a senor retired military official with extensive experience in Washington what advice he had for that beleaguered country. His answer surprised me: Ukraine must spare no expense in hiring the best lobbying firm in Washington, D.C.

Our politics are so distorted, he said, that Ukraine will not get appropriate attention without a professional lobbyist of the highest caliber–even from its so-called American allies who speak lofty words of support but do nothing.

Fighters of Ukrainian volunteers battalion of Azov take part in military exercises near the southeastern Ukrainian city of Mariupol on February 27, 2015. Ukraine said on Friday three soldiers had been killed, the first fatalities in several days in the war-torn east, as a shaky truce with pro-Russian rebels appeared to gain some traction with an apparent weapons pull-back. AFP PHOTO/ GENYA SAVILOV

An alarming report by Brian Mefford, a savvy business and political consultant based in Kiev, confirms the advice I received some six months earlier.

Mefford uses an anti-Ukrainian House amendment passed with lightning speed by voice vote as an ominous sign of Ukraine’s losing battle for political influence in the U.S. government. Russian lobbying yields the strange result of Congress passing legislation sure to touch Russia’s heart, even though 60 percent of Americans consider Russia a major threat.

On June 11, the House of Representatives passed Amendment 492 of the Defense Department Appropriations Bill to ban Ukraine from receiving MANPADS anti-aircraft missiles and prevent any U.S. assistance to the Azov Battalion. Reps. John Conyers (D-Mich.) and Ted Yoho (R-Fla.) were the bill’s sponsors.

“I am grateful that the House of Representatives unanimously passed my amendments last night to ensure that our military does not train members of the repulsive neo-Nazi Azov Battalion, along with my measures to keep the dangerous and easily trafficked MANPADs out of these unstable regions.”

As one reason for the MANPADS ban, Conyers noted that Malaysian Airlines Flight 17 was shot down by an anti-aircraft missile over eastern Ukraine. He did not note that Russia purportedly has supplied MANPADS to Russian-backed and -directed forces and that Ukraine desperately needs them to even the battlefield. Conyers also failed to note the imminent conclusion of the international investigation that an MH17 was shot down by a Russian surface-to-air missile launched from occupied territory.

Conyers might as well have been on Putin’s payroll.

As Mefford concludes: “In one statement, the longest currently serving member of the U.S. House of Representatives (26th term) accused Ukrainian forces of being ‘neo-Nazi’ as well gave the Russians a free pass on the downing of the MH17. No doubt there were celebratory toasts for ‘Comrade Conyers’ in the Kremlin that night.”

The Conyers statement was pounced on by Putin’s trolls in innocuous sounding websites, such as Global research and Consortium news, which elatedly trumpeted the news that the “U.S. Congress admits a Nazi role in Ukraine.” Such publicity is worth tens of millions or more to Putin and his inner circle.

Although The Guardian characterizes the Azov Battalion as Ukraine’s greatest weapon and Ukrainians consider these volunteers heroes in their defense of Mariupol, Russian propaganda characterizes Azov as a bunch of neo-Nazi thugs who routinely crucify men, women, and children. Any hint that Azov fighters are Ukrainian patriots elicits an immediate indignant rebuttal by Russian trolls. Russia’s propaganda campaign against the Azov Battalion has had its successes. A Google search yields primarily the neo-Nazi story; few accounts describe Azov’s heroic defense of Donetsk airport and the port city of Mariupol.

We will not know the identity of the D.C. lobbyist behind the legislation until the Foreign Agents Registration Acts filings become public information, but a Ukrainian investigation suggests that the lobbying was done by a former Yanukovych political strategist under contract from Yanukovych’s former chief of staff. Foreign Agents Registration Act records do show a contract between Democrat political insider Lanny Davis and Dmitro Firtash’s DF Group for $412,000 in April 2014. Firtash, a billionaire intimate of Putin and Yanukovich, made his fortune in Ukraine via sweetheart deals with Russia’s Gazprom at the expense of Ukraine’s budget. Firtash is currently holed up in Europe dodging a U.S. extradition request to bring him to the United States to face bribery charges.

Lacking professional lobbying help, Ukraine was caught off guard by the Conyers-Yoho Amendment and had no public rebuttal to Conyers remarks.

Per Mefford: “If Ukraine had a professional lobbying firm working in Washington, it might already have defensive military weaponry.”

That is why Russian has invested in hiring powerhouse former senators such as Trent Lott and John Breaux. The Russians understand lobbying. The wet-behind-the-ears Ukrainians do not. They have to rely on fellow Ukrainians in the United States, Canada, and Australia and on politicians who believe in doing what is right. What naifs!