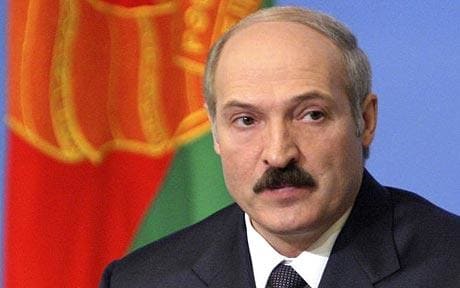 In January, 2017 the Eurasian Development Bank published its report “EDB’s Macro Overview”, the latest data on the macroeconomic development of the CIS member states.

According to the results of 2016, positive trends in the economic development of Belarus were observed in the following spheres:

2. According to the results of January-November, 2016, the growth rates in agriculture amounted to 3.4% to the corresponding period in 2015 after its decline by 2.2% in January-August, 2016.

3. Inflation rate remained within the target of the National Bank of the Republic of Belarus for 2016.

4. Stability of the national currency market was maintained.

5. Increased price competitiveness and growth of Russia’s demand for exports improved the trade balance in 2016.

6. In January-November, 2016 Belarus managed to preserve the budget surplus to make payments on domestic and external liabilities.

7. Recovery of economic growth is predicted in 2017 along with revival of domestic demand and in the absence of external shocks.

Belarus is 24th in the “Global Sustainable

In November, 2016 SolAbility, an independent think-tank, published the “Global Sustainable Competitiveness” report, in which 180 countries of the world were compared in terms of development and sustainability of economies.

The index is based on a competitiveness model that incorporates all relevant pillars of sustained growth and wealth creation of a nation – natural capital availability, resource efficiency, social cohesion, government-led development direction and innovation and business capabilities.

According to the results of the year 2016, Belarus with index of 33,84 is one of the world’s top 30 countries with the lowest cost of living. Belarus occupies 104th place in the “Cost of Living Index”, compiled by Numbeo, the world’s database of current information on living conditions in countries all around the world.

121 countries are represented in the ranking.

ranking by US News & World Report

In 2017 Belarus entered the “Best Countries” ranking by US News & World Report.

The study and model, used to score and rank countries, were developed by Y&R’s BAV Consulting and The Wharton School of the University of Pennsylvania in consultation with U.S. News & World Report. The ranking is based on the results of a survey conducted among more than 20 000 citizens of 36 countries.

Belarus occupies 70th place in the ranking. Switzerland, Canada, the UK, Germany and Japan are considered to be the best countries of the world.

Each country was scored on 65 country attributes based on a collection of individual survey responses. Attributes were grouped into nine subrankings: Adventure, Citizenship, Cultural Influence, Entrepreneurship, Heritage, Movers, Open for Business, Power and Quality of Life.

Belarus ranks 47th in the “Best Countries for Education” ranking.

Belarus holds 48th position in the “Best Countries for Raising Kids” ranking. Belarus is 2nd out of countries of the post-soviet region presented in the ranking. Russia takes 42nd place.

Belarus occupies 36th position in the “Best Countries for Women“ ranking. Among the CIS countries, Belarus is second only to Russia (30th place).

Belarus is 55th in the “Most Influential Countries” ranking. The USA, Russia and China are leading the ranking.

Belarus is among the top-10 countries with

According to Numbeo, Belarus is among the top-10 countries with the lowest crime level and high safety rate.

Belarus with safety index of 77.74 and crime index of 22.26 out of 100 occupies 10th position in the overall ranking between Denmark and Switzerland. Data on 125 countries of the world was considered in the ranking.

Qatar is considered to be a country with the lowest crime level. Qatar is followed by Singapore, Taiwan, Austria and the UAE.

Belarus holds 3rd place among the European states. The first positions are occupied by Austria and Denmark.

Russians believe that Belarus is the most stable

and successful country in the CIS region

The opinion poll was conducted in the form of a telephone interview. Respondents answered the following questions:

– What country of the CIS region is the most stable and successful?

– What country of the CIS region is the most reliable partner of Russia?

– In what country of the CIS region do the rights of the Russian-speaking population are respected to a greater extent?

– The leader of what CIS country is the most trustworthy?

According to the results of the opinion poll, Belarus enjoys the greatest support of Russians.

 68% of Russians believe that Belarus is the CIS most stable and successful country. Belarus is followed by Kazakhstan (51%).

Belavia came 2nd in the ranking of airlines by

Belarus ranks 2nd on the lowest petrol price in Europe

In 2016 Belarus managed to move up to the 2nd position on the lowest petrol price in Europe. Belarus took 3rd place following the results of 2015.

As noted by experts of RIA “Rating”, the cheapest petrol is sold in Kazakhstan. Russia holds 2nd place, Ukraine is 4th.

According to RIA “Rating”, in 2016 a tendency to oil price increase resulted in changes of the end petrol price in Europe.

 66% of Russians consider Belarus to be Russia’s most reliable partner, followed by Kazakhstan (55%).

 Belarus holds 1st position on respects of the rights of Russian-speaking population.

 Presidents of Belarus (65%) and Kazakhstan (54%) are at the top of the CIS trustworthy leaders ranking.

Forbes Russia has compiled its airlines ranking. Russian and foreign airlines, conducting flights to Russia, are evaluated in the ranking in terms of price and quality.

To assess the quality of the airlines, the researchers used the results of the “Service in the Russian sky” study by agency “Airport”. Agency experts checked the level of airline service at all stages from ticket purchase to aircraft gates after flight. During the study, the experts went on more than 80 flights with total duration of more than 15 days. In addition to the analysis of the agency’s data, Forbes Russia also assessed such an important service component as punctuality.

To evaluate the price policy, Russian web portal “Aviasales” analyzed the sales of selected airlines during 11 months in 2016 on about 500 flights and calculated the average cost of a flight ticket per adult passenger on each flight.

Six IT-companies from Belarus is in the world’s

All companies providing outsourcing services are in the IAOP ranking. To make the list, the IAOP experts analyzed growth rate, service quality, innovation implementation and level of corporate social responsibility of companies.

The flights were divided into groups depending on the duration (12 groups of domestic lines and 12 groups of international lines). Then the experts compared the price policy of the airlines in each group and derived the average score of each airline’s price policy.

Belavia came 2nd only to Emirates, leaving behind in terms of price and quality such well-known airlines as KLM and Lufthans.

Mobile communication in Belarus is considered to be

one of the best in the CIS region

Belarusian mobile operator “velcom” took 1st place in the ranking of mobile operators of the CIS countries in terms of the average voice quality. velcom received 4.21 points on the MOS scale (Mean Opinion Score). The 2nd position of the ranking on this indicator is occupied by MTS (Belarus) with 4.13 points.

Belarus occupies 9th place in the ranking of the most

In November, 2016 RoomGuru.ru defined the most popular tourist destinations among Russians in 2016.

Minsk holds 8th position among foreign cities in terms of booking of hotels by Russian tourists. Prague, Rome, Barcelona, Milan, Tallinn, Bangkok, Paris, Berlin and Budapest are also among the top-10 cities most popular with Russians.

The ranking is based on data on search and booking of hotels and apartments during the period from January 1 to December 31, 2016.

The independent test was conducted by DMTel (one of the leaders of the Russian and CIS market in the provision of professional services for optimization and radio measurements in mobile networks and professional technical training ) during 2016. The research covered 31 mobile operators in 11 major cities of the CIS countries and Georgia.

The mobile operators of Armenia, Kyrgyzstan, Uzbekistan and Ukraine are also among the leaders of the ranking.

Ministry of Foreign Affaires of the Republic of Belarus

Bielaviežskaja Pušča is one of the last and largest remaining parts of the immense primeval forest that once stretched across the European Plain. European bisons, konik (a semi-wild horse), wild boar, Eurasian elk and other indigenous animals may be viewed in enclosures of their natural habitat.

Belarusian State University is 4th in the ranking of

The list of the world’s best universities is headed by Harvard, Stanford Universities and Massachusetts Institute of Technology.