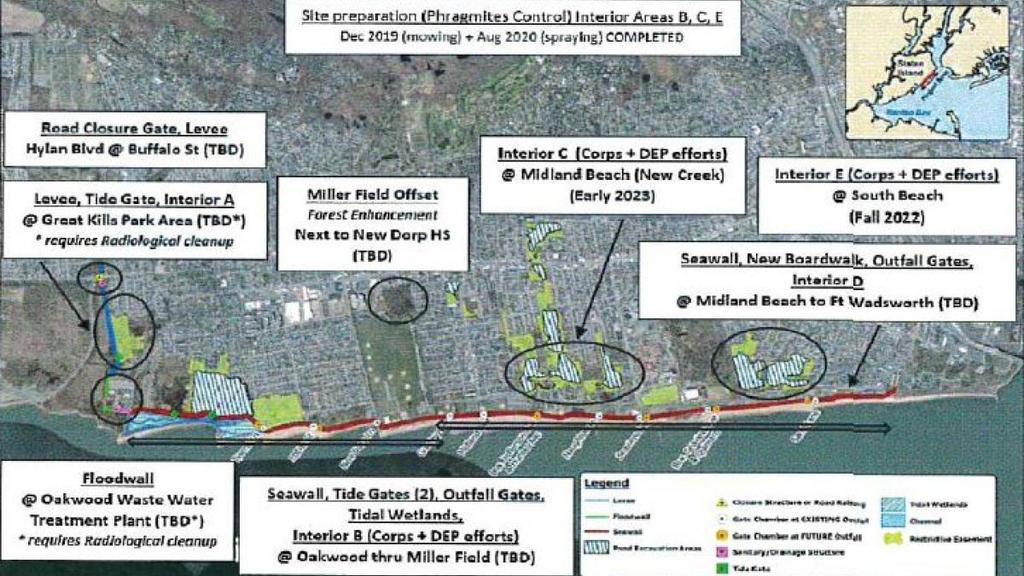 (WASHINGTON, DC) – Congresswoman Nicole Malliotakis (NY-11) celebrated the passage of H.R. 7776, the Water Resources Development Act of 2022 (WRDA) which includes her legislative language that secures funding for the South Shore of Staten Island Coastal Storm Risk Management Project, otherwise known as the East Shore Seawall. The bill passed the House last night with bipartisan support and a final vote count of 384 to 37.

"Since the Seawall's approval in 2013, bureaucratic red tape and costly redesigns created delays which exponentially raised the cost to complete the project," Congresswoman Malliotakis said. "Since coming to Congress, I've worked closely with our federal agencies to ensure an agreement on the remediation in and around Great Kills Park was reached, put an end to endless redesign requests by the City, and determine the remaining cost of the project so I could secure funds. I’m proud to have delivered on my promise to make this project a priority, get the timeline back on track, and ensure it will be fully funded to completion."

In February, city, state, and federal partners came to an agreement on the environmental remediation project in and around Great Kills Park which will give way to the construction of the seawall's levee, floodwall, and tide gate that will run from Oakwood Beach up to Hylan Boulevard. While the estimated full completion date is under review, the U.S. Army Corps of Engineers (USACE) anticipates the contract for the first phase will be issued this fall. New York City Mayor Eric Adams was on Capitol Hill this week and held a meeting with members of the New York City delegation. During the meeting, Malliotakis brought ongoing land issues to the Mayor's attention to ensure the first contract award remains on track to be issued this fall.

Malliotakis added: "Should hurricane-force winds hit our city as we experienced during Sandy, natural coastal barriers will almost certainly give way to flood waters once again. I cannot emphasize enough how urgently this project must be completed and I look forward to working with my city and state colleagues along with the appropriate federal agencies to ensure construction begins as soon as possible."

This week Malliotakis spoke on the House Floor in support of the East Shore Seawall project. Click HERE

to watch her remarks.

Malliotakis, a member of the House Committee on Transportation & Infrastructure (T&I), meets monthly with city, state, and federal stakeholders regarding the East Shore Seawall project.
Issues:Congress