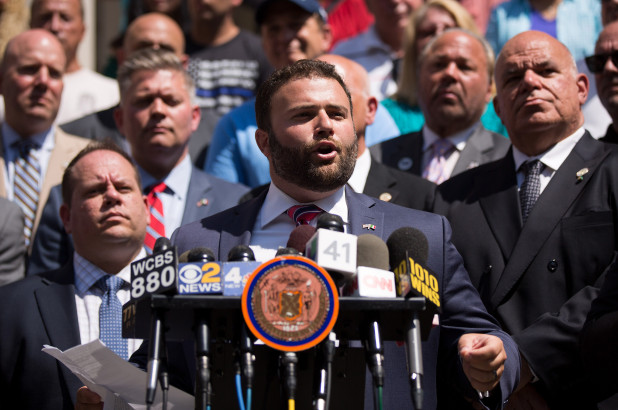 “I am requesting that the New York State Assembly and Senate … place a referendum on the ballot that would ask voters’ opinions as to whether ‘bail reform’ should be repealed, changed or allowed to continue,” wrote the Staten Island Republican in a letter to the leaders of both houses, including the Assembly Speaker Carl Heastie and Senate Majority Leader Andrea Stewart-Cousins.

He warned the issue would only continue to fester if “there is inaction on your parts.”

Passed by the Democrat-controlled state legislature in 2019, the law was designed to eliminate cash bail for low-level or non-violent offenses. Supporters say bail requirements fall disproportionately on the poor and minorities, who languish in lockup if unable to meet bail.

Critics, however, have zeroed in on serial bank robbers who have been let loose, and cases like Tiffany Harris, who was busted for felony hate crimes against Jewish New Yorkers and released on three separate occasions because a judge was unable to impose bail.

Some of the law’s initial proponents like Mayor Bill de Blasio and Gov. Andrew Cuomo have said they would like to see it amended. Democratic Assembly hardliners have dismissed such calls out of hand as “racist” and “bulls–t.”

“When so many people in so many different communities around our state feel as though their elected representatives aren’t working for them and have their own motives behind changes to cash bail, we need to allow New Yorkers to decide for themselves,” Borelli said. “People feel as though they’re third-class citizens behind special interests and political ambition and I don’t think anyone can blame them.”