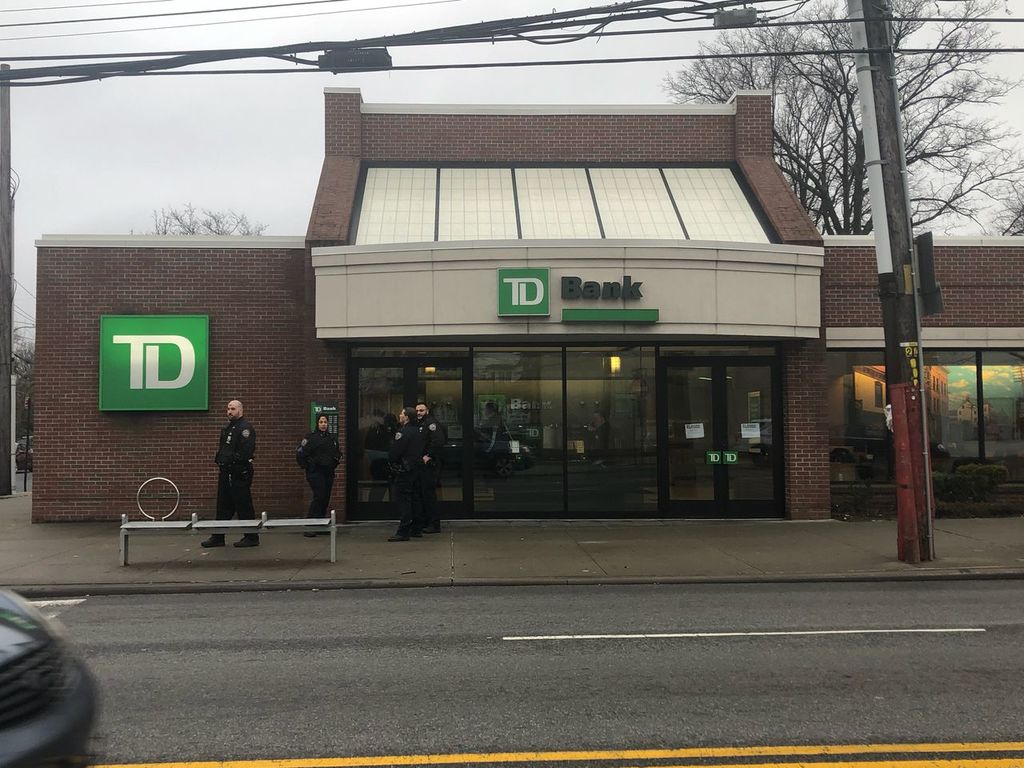 Yet another bank robbery on Forest Avenue Wednesday afternoon.
A white male between the ages of 30 and 40 walked into the TD Bank branch at 1600 Forest Ave. in Port Richmond Center at around 4 p.m., passed a note to the teller and fled with approximately $4,500, according to a spokesman for the NYPD’s Deputy Commission of Public Information.

The robber, who got away on foot, was wearing a black jacket, black pants and sunglasses, police said.

There is a police presence at several businesses in the area as cops investigate the heist.

Between Jan. 21 and Wednesday, the NYPD responded to eight bank robberies and attempted bank heists on Staten Island. Five of the incidents during that time have occurred on Forest Avenue.

While police have arrested and charged two individuals in connection with three incidents, five of them still remain unsolved, with the same man sought in at least three.

On Jan. 21 just before 2 p.m., a man with his face covered went through the drive-thru at Santander Bank, located at 1850 Victory Blvd. in Castleton Corners, and sent a note through the pneumatic tubing system demanding money.

The man wrote in the note that he had previously placed a bomb at the ATM located inside the building and that “if he drives off with no bills, he will set it off in 15 seconds.”
The man did not receive any money and fled the scene driving a red Ford truck.

No arrests have been made in connection to this incident.

Only four days after the first attempted robbery, on Jan. 25, a man wearing a camouflage jacket entered a Santander Bank located at 1320 Hylan Blvd. in Grasmere, approached a teller and passed a note demanding cash.

The man was able to walk away with $600 and fled the bank.

On Jan. 30 a man entered a Northfield Bank at 519 Forest Ave. in West Brighton at around 1:30 p.m., announced it was a robbery and left without any money, police said.

After only eight minutes, the same man entered the Victory State Bank located at 755 Forest Ave. and, after a brief conversation with a female employee screamed it was a robbery, according to police.

Police arrested Augustin Nadreau, 25, of the 100 block of Treadwell Avenue, in connection to both incidents.