Did Dan Donovan Throw Trump Endorsement Under The Bus? 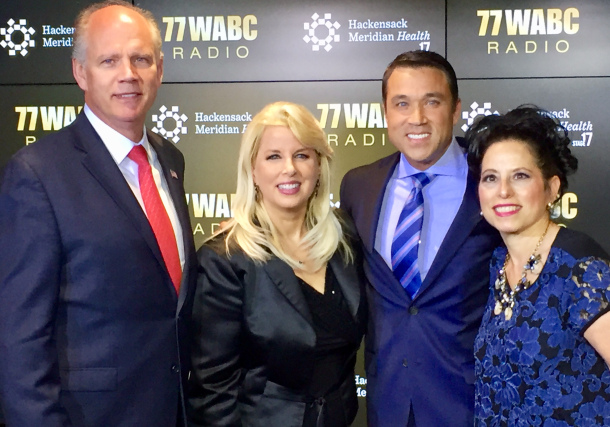 Did Dan Donovan Just Throw His Endorsement From President Trump Under The Bus?

He Claims Anyone Who Hires Undocumented Workers Should Go To Jail

How Does This Statement Help A President With Corporations That Probably Hired A Few Undocumented Workers Through The Years? Does Donovan Want Trump In Jail? I don’t think so, but he opened the door for Never Trumpers to ask work with “fake media” to build yet another angle to hurt our commander-in-chief.

The most heated race in New York right now is the Republican Congressional Primary in District 11, encompassing Staten Island and parts of Brooklyn, between Congressman Dan Donovan and Former Congressman Michael Grimm.

Among the topics discussed were race relations, sanctuary cities, healthcare, taxes, the New York Jets and North Korea, but the most discussed topics were connected to the Trump endorsement of incumbent Donovan, and Grimm pleading guilty to tax fraud.

Then the fireworks began!

Donovan voted against Trump on key issues, including the overhaul of the tax code, flood insurance, the 2018 budget and healthcare. Grimm didn’t make any issue on that. In fact, he stated that he expected it, and when he wins the primary, to work fully in supporting President Trump.

Donovan pushed the issue of Grimm’s time in jail. That’s when the words caught my attention, and when if I, someone who protects and defends our president since his nomination in Cleveland, challenged the words that followed, won’t others who are looking to bring him down?

Grimm was open and honest about his plea for owning a restaurant and hiring three undocumented workers. He pointed out that he was the only person ever in New York to be brought up these charges. Grimm explained the difficulties of hiring staff in these low-paying positions. “Go to any small restaurant throughout the city, and you are going to have undocumented workers in the kitchen. Because Americans don’t show up for those jobs anymore.” Grimm then compare the situation to many jobs where people earn extra income; teachers who tutor, police who get hired for security at private events and contractors who get hired for small jobs. Donovan’s response, “I don’t think cops do that.”

Didn’t we learn from the Arizona and Alabama?

In 2016, Kelli Ward was ahead in the Arizona republican senatorial primary against John McCain. Pressure from the RINOs in Washington swayed Trump to publicly endorse McCain. We know politically how it turned out. While respecting McCain’s health issues, it is because of him, we still have Obamacare. His voting record, tweets and interviews are proof enough that Trump made a mistake in 2016.

Then came Alabama. Before Luther Strange, before Roy Moore, and before those allegations, there was Mo Brooks. Congressman Mo Brooks is a solid republican, conservative and patriot. He had the endorsements of Mark Levin, Sean Hannity and Laura Ingraham. Again, RINOs put their “two-cents” in the primary, Brooks lost his chance in the special election in the seat once held by Attorney General, Jeff Sessions. We now have Alabama, a pretty solid republican state, with a democrat in Washington.

Veteran journalist and WABC Radio Host and Political Editor Rita Cosby moderated the highly anticipated face-off as part of the station’s continuing Election Central coverage. “It was one of the most spirited debates I have ever witnessed, let alone moderated. Former Congressman Grimm didn’t even get through his very first answer before the gloves came off from his opponent. This will be a fascinating next few weeks as we lead up to this all-important primary election June 26th.”

Cosby recently was selected as Radio Ink’s Most Influential Woman in Radio Legend and was recognized for programming excellence by the Alliance for Women in Media Foundation with her sixth Gracie Award for her exclusive interview with Hillary Clinton. The debate aired live during her show “Curtis + Cosby” which she co-hosts with Curtis Sliwa weekdays from Noon-3pm Eastern. Extensive live post-debate analysis will follow on the legendary talk station.

Here is the debate in its entirety: https://t.co/Q1WIiZLWKj

Mr. President, most polls have Grimm leading Donovan. Please let the people choose, they won’t let you down.