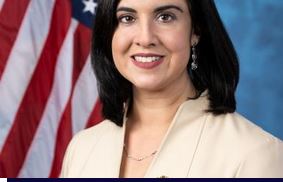 Anyone who was living or working in New York City 20 years ago, had the terror attacks of 9/11 seared on their consciousness. That day, I was a recent college graduate commuting to my first job near Union Square.

At 8:46 a.m., as the bus passed by the World Trade Center, the ground shook almost like an earthquake. As the bus continued uptown we looked up and saw flames coming from the North Tower. That sunny September morning soon descended into terror and chaos as New Yorkers and the world realized what had happened.

Union Square quickly became a rendezvous point for those separated during the exodus from downtown, a posting place for images of the missing and ultimately, a place of mourning and memorial for the fallen.

Our city and nation were shaken by what had taken place. We no longer felt like an invincible superpower guarded by two large oceans. We all mourned as the daily media coverage of funerals stretched from fall into winter.

The words Never Forget became the clarion call of the day and a rallying cry for our troops when they entered Afghanistan in pursuit of Osama bin Laden and Al Qaeda.

It was a transformative time for our city and our nation; one that washed away political or personal differences. It was a time of unity. We saw patriotism, messages of love and boundless support for our police, fire, and rescue operations. We worked as one to bring our city back, re-imagine and rebuild the area where the twin towers once stood, all the while creating a peaceful, reverent, and timeless memorial for those who had perished that day. We were the epicenter of not just the attack but the healing of our country.

We rebuilt stronger than before, hardening our city from outward threat. The NYPD was bolstered and the federal Department of Homeland Security was created forming one of the top counter-terrorism forces in the world with a mission to defend New York City and America from another attack. Sadly, unlike the days and months following 9/11, we are facing an incredibly divisive time for our nation.

Once again, Afghanistan is back in the headlines. The far away country is under control of the Taliban and US Military vehicles are paraded in the streets adorned with Taliban fighters and flags. The withdrawal has become so tragic. American citizens and our Afghan partners who aided our military have been left behind enemy lines. Even more heart wrenching is the death of 13 courageous American Service members who gave their lives for our freedom and the freedom of others. It is a kick in the gut reminder to every American that freedom is not free and we all have an obligation to preserve it.

On the 20th anniversary of the worst terrorist attack in our great nation’s history, we must be vigilant and focused on keeping Americans safe and stopping terrorist organizations from striking at our heart once again. Sadly, in our hasty retreat, Afghanistan has again become a hot bed for terrorism including the new threat of ISIS K, and we have drastically reduced our ability to combat terrorism internationally.

Here at home, our borders are open. Illegal border crossings are at an all-time high and Customs and Border Protection have intercepted several individuals on terrorist watchlists on the southern border. The movement to “Defund The Police” in multiple municipalities including in New York City has only made the job of law enforcement more difficult. The threat to our nation is real and our priorities need to be keeping us safe in our homeland.

We must get back to our shared commitment to never let the events of September 11 repeat itself.

We must not allow the words “Never Forget” to ring hollow or simply become just another slogan. We must have a strong foreign policy and military to protect the homeland and preserving peace and freedom around the world. We must secure our borders so we know exactly who is crossing them. We must wholeheartedly support our law enforcement and fully fund them to give them the resources they need to keep us safe.

I have not forgotten and will never forget.