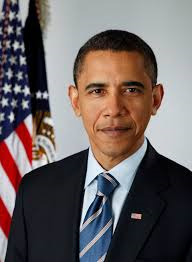 An intensive 6-year investigation has revealed the identity of the man whose Social Security Number (SSN) is being used by President Obama.

Mr. Ludwig lived most of his adult life in Connecticut. Because of that, his SSN begins with the digits 042, which are among only a select few reserved for Connecticut residents.

Barack H. Obama never lived or worked in that state! Therefore, there is no reason on earth for his SSN to start with the digits 042. None whatsoever!

Now comes the best part! J. P. Ludwig spent the final months of his life in Hawaii, where he died.
Conveniently, Obama 's grandmother, Madelyn Payne Dunham,worked part-time in the Probate Office in the Honolulu Hawaii Courthouse, and therefore had access to the SSNs of deceased individuals.

The suspicion, of course, is that Dunham, knowing her grandson was not a U.S. Citizen, either because he was born in Kenya, or became a citizen of Indonesia upon his adoption by Lolo Soetoro, simply scoured the probate records, until she found someone, who died who was not receiving Social Security benefits, and selected Mr. Ludwig’s Connecticut SSN for her grandson Barry Obama.

Just wait until the head Birther himself, Donald Trump, gets past the birth certificate and onto the issue of Barry O 's use of a stolen SSN. You will see leftist heads exploding, because they will have no way of defending Obama.