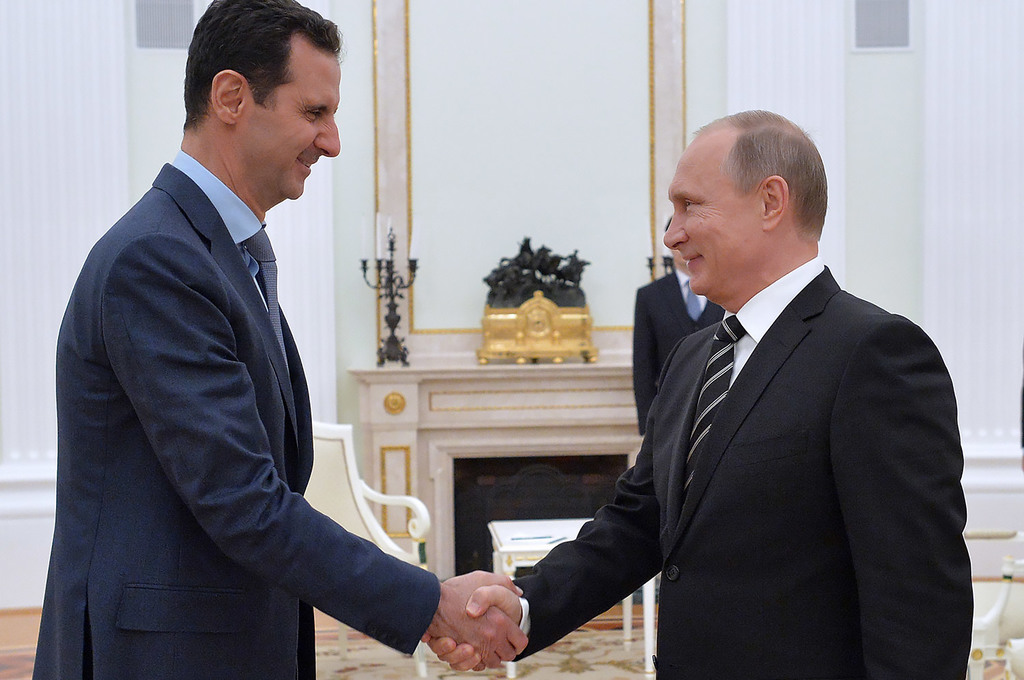 The U.S. Department of State’s Office of the special envoy for Syria presented the official statement on information about US-Russia agreements on joint operations in Syria in general and particularly on besieged Aleppo. After “several inaccurate reports” that have circulated regarding US understandings with Russia, officials stated few key points:

1: “There is no truth to the Interfax reports about a Russia-US agreement to target fighters in Aleppo or to evacuate fighters from the city”. All actual information about any US-Russia understanding will come from the State Department officials.

2: “The United States has not begun to coordinate with Russia in Syria, militarily or otherwise”. US see no sense to speak about cooperation without Russia fulfilling its obligations in Syria, first of which is ending indiscriminate attacks on Syrian civilians.

3: “The United States and Russia have not reached an agreement”, but works on cessation of hostilities, reducing the violence, and saving lives. But US officials stress: “These steps are not based on trust, they are specific and we have set a high ceiling for Russia, the regime, and its allies”.

4: The situation around Aleppo city is declared “unacceptable” to the US. Washington deplores the regime’s attempt to besiege Aleppo and demands maintaining full access to the city. 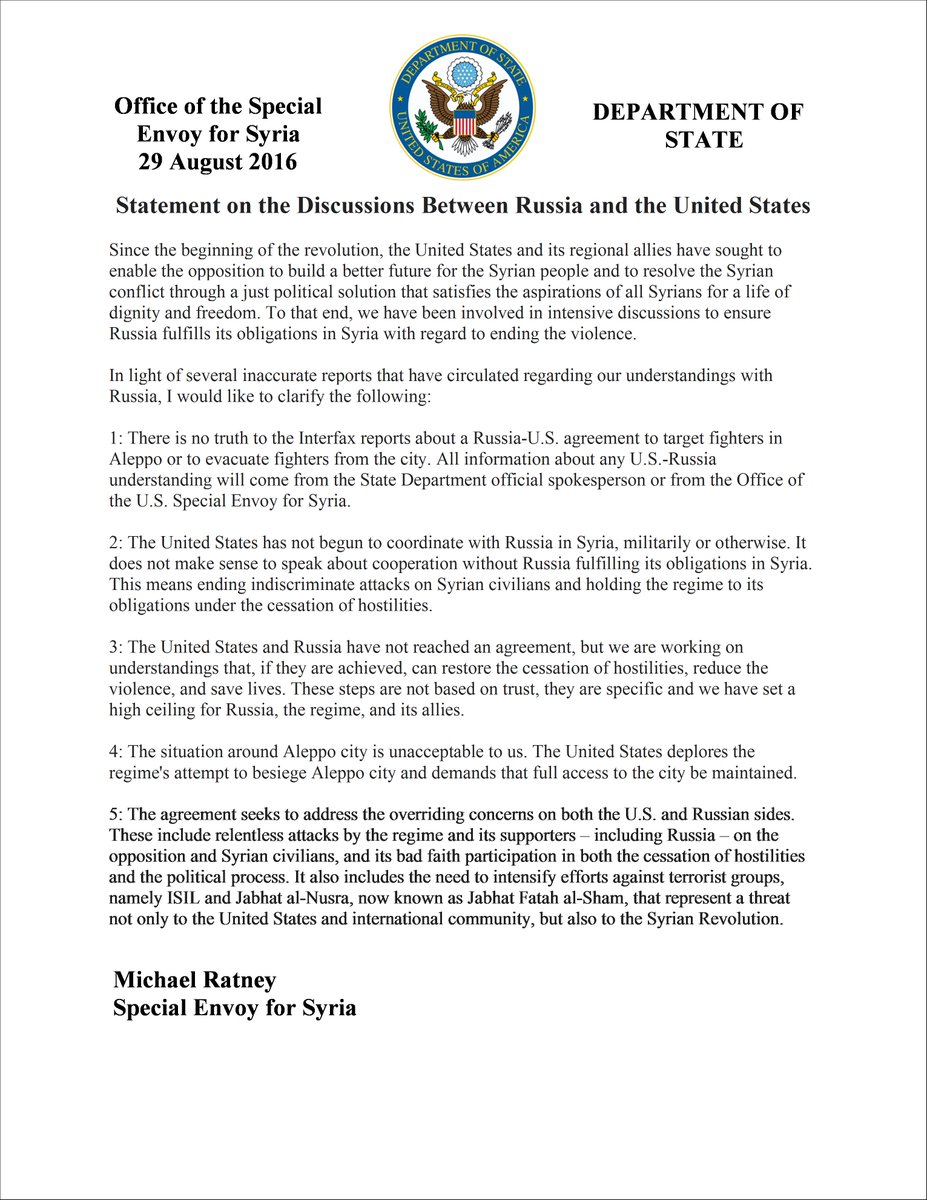 The statement refers to yesterday’s information of one of the biggest Russian information agency “Interfax”, that “Russia and the United States began thinking about the application of coordinated attacks on Aleppo”. It informed about the negotiations between Moscow and Washington on “settling the situation in Syria are exploring the possibility of joint operation in Aleppo in mid-September”. Such data was given referring to some unnamed source “close to the Russian-American consultations” in Geneva.

Russian agency stated that “at this point in and around the city will have to remain only those militants who were not willing to lay down their arms and withdraw from Aleppo. The remaining fighters will be blocked and will be subject to destruction.”

Meanwhile Reuters informs that fight for Syria’s Aleppo exposed limits of Russian air power. Kremlin’s politically-sensitive and ultimately fruitless decision to launch bombing missions on Syria from Iranian soil has exposed the limits to its air power, leaving Moscow in need of a new strategy to advance its aims, agency states.

Moscow opted for the sorties from Iran because they were struggling to achieve their aim of crushing rebels in the city of Aleppo. The gamble failed and rebels fighting their ally, Syrian President Bashar al-Aasad, remain ensconced in parts of Aleppo.

The Iranian base was a crucial logistical cog in this escalation in Aleppo because without it, Russia’s Tupolev jets have to fly the greater distance to Syria from Russia, and back. That means carrying more fuel, which reduces the bomb payload they can carry, and cuts into the number of sorties they can fly.

But even during the intensified bombing, the rebel forces in Aleppo even counter-attacked in the middle of this month, breaking the siege and restoring access to supply routes.

According to experts, Russia still have the military capacity to intensify its bombing in Syria further, whether or not it has access to the Iranian base. But that would mean more expense for Russia, which is struggling to fill gaps in its budget, faces a parliamentary election next month, and has seen the Syrian operation drag on far past the Kremlin’s original timetable.

As reported earlier, Putin has already spent at least USD 150 mln to send private military corporation fighters to Syria. The same force was previously hired to fight against Ukrainian army in Donbas.