Turns out the Russian Ambassador was in Obama’s White House 22 TIMES! 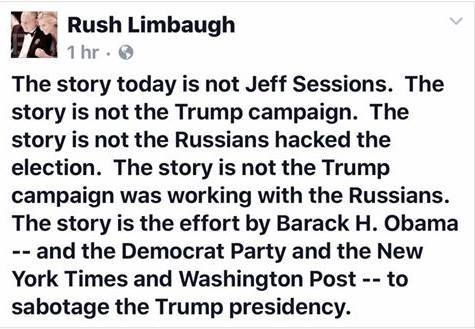 The same Russian ambassador that the media and Democrats are up in arms over visited the Obama White House and met with White House officials at least 22 times, and several of those visits were in 2016 during the election:

DAILY CALLER – The visitor logs, which Obama made public in 2009 in a push for transparency, show that the long-time Russian ambassador to the United States visited the White House at least 22 times between 2009 and 2016.

Kislyak appeared in the logs as recently as September 2016 when he had a meeting scheduled with one of Obama’s senior advisers, John Holdren, in the Eisenhower Executive Office Building. The other visitors listed at the meeting are Marina W. Gross, Alexander Ermolaev, Alexey Lopatin, Vyacheslav Balakirev and Sergey Sarazhinskiy. Though the appointment was scheduled to begin at 12:00 pm, it does not include an end time.