The Myth­ of Putin’s Strategic Genius 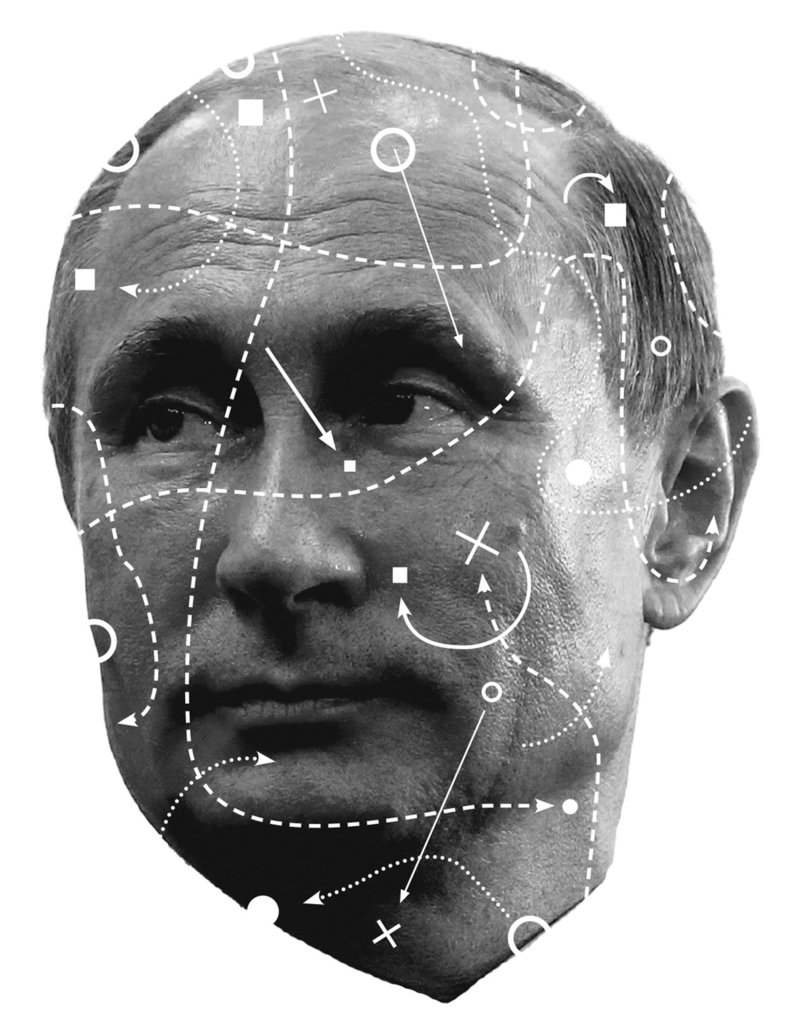 PALO ALTO, Calif. — THE Russian president, Vladimir V. Putin, continues to surprise. Russia’s military intervention in Syria, followed by a face-to-face meeting in Moscow this week with that country’s president, Bashar al-Assad, has startled the world.

As there was after Mr. Putin’s action in Ukraine last year, there has been a chorus of commentary on his supposed strategic genius. He is acting decisively, seizing the initiative and creating facts on the ground — so the narrative goes, in contrast with the West’s feckless pursuits in Syria.

The opposite is true.

Five years ago, Russia was in a much stronger position, both at home and in the world. Today, Mr. Putin is playing defense, doubling down on bad decisions guided by an outdated theory of international politics.

Recognition of Russia’s mistakes, however, does not guarantee future failure. The United States and our allies cannot stand idly by and wait for Russia to fail. Instead, we must adopt a comprehensive strategy to minimize the negative consequences of Russia’s actions and maximize the positive ones of ours.

Five years ago, Russia was on the move in the world. In 2010 in Ukraine, the Kremlin helped install its ally, Viktor F. Yanukovych. Elsewhere in the former Soviet space, Russia’s leaders were making progress on what would become the Eurasian Economic Union, their answer to the European Union.

Moscow had also improved relations with Europe and the United States. President Dmitri A. Medvedev even attended NATO’s Lisbon summit meeting in 2010 and spoke of developing “a strategic partnership” that would put “the difficult period in our relations behind us now.” The main topic was cooperation on missile defense, not NATO expansion.

Both the American and Russian public noticed the progress. In 2010, about two-thirds of Russians had a positive view of the United States, while a similar proportion of Americans saw Russia as an ally or partner.

The Russian economy was returning to growth after the 2008 financial crisis. Trade with the United States was expanding, there were closer ties with European economies, and Russia was on track to join the World Trade Organization.

In 2010, Russia also played an essential role in securing new sanctions against Iran. In doing so, it demonstrated bold international leadership even at the price of straining relations with an important ally.

And then, in 2011, the people started getting in the way.

For different reasons, societies in the Arab world, Ukraine and Russia began to mobilize against their leaders. Initially, President Medvedev sided with the people in the Middle East, notably abstaining from, rather than vetoing, the Security Council resolution that authorized the use of force in Libya. Mr. Medvedev also engaged with opposition leaders in Russia and introduced some modest political reforms before exiting the Kremlin in May 2012.

Mr. Putin, however, had an opposite approach. He believed that behind these protesters was an American hand, and that the response to them — whether in Syria, Egypt, Russia or Ukraine — should be coercion and force.

After his inauguration as president, Mr. Putin pivoted hard against Russia’s demonstrators, labeling them traitors. His tactics derailed the opposition’s momentum.

Political stagnation also settled in. For the first two years of his third term as president, Mr. Putin’s approval rating hovered around 60 percent, his lowest ever. Only his invasion of Ukraine eventually propelled his approval rating back up.

In Ukraine, though, the crackdown on protesters failed. By the time Mr. Yanukovych tried to clear the streets by force, as the Kremlin advocated, his halfhearted attempt at strongman tactics backfired, compelling him to flee.

Angered by what he saw as another C.I.A. operation to overthrow a Russian ally, Mr. Putin struck back: He annexed Crimea and attempted an even bigger land grab in eastern Ukraine, called Novorossiya by expansion enthusiasts.

Again, the costs of these brief gains piled up. As a result of sanctions and falling energy prices, the Russian economy has shrunk to $1.2 trillion from $2 trillion in 2014. And NATO, once an alliance in search of a mission, is now focused again on deterring Russia.

Mr. Putin has also been compelled to abandon the Novorossiya project: His proxies in eastern Ukraine neither enjoy popular support nor run an effective government. And his actions have guaranteed that Ukraine will never join his Eurasian Economic Union or line up with Russia again.

His policy toward another ally, Mr. Assad, has failed, too. Despite blocking Security Council resolutions against Mr. Assad’s government, providing weapons to Damascus and encouraging Syria’s allies to come to the regime’s defense, Mr. Putin’s efforts have done little to strengthen Mr. Assad’s rule. After four years of civil war, Mr. Assad governs less territory and faces more formidable foes. That’s why Mr. Putin had to intervene — to save his autocratic ally from defeat.

In the short term, Russia’s Syrian bombing campaign has energized the Syrian Army and its allies to launch a counteroffensive against opposition rebels — that is, against everyone except the Islamic State. But in the long run, Russian airstrikes alone cannot restore Mr. Assad’s authority over the whole country.

Mr. Putin is adept at short-term tactical responses to setbacks, but less talented at long-term strategy. Even with no response from the West, Mr. Putin’s foreign adventures will finally fail, especially as domestic economic problems continue to fester.

But the United States and its allies should seek to shorten that time by pushing back against Russia on multiple fronts. As Mr. Putin goes all in to prop up his ally in Syria, we should do the same with our partners and allies — not only in Syria, but in Europe and around the world.

In Syria, the United States cannot allow Russia to eliminate all actors except Mr. Assad and the Islamic State. We must provide more arms and support to other rebel groups. We should warn Mr. Putin that further attacks against non-Islamic State rebels will compel us to protect them, either by enforcing a no-fly zone or by arming them with antiaircraft weapons.

The United States and Western allies should capitalize on Mr. Putin’s attention being diverted to Syria to deepen support for Ukraine. In return for progress on economic reform, especially anti-corruption measures, we can offer greater financial aid for infrastructure and social service programs. And now is the moment to bolster the Ukrainian Army by providing more military training and defensive weapons.

Elsewhere in Europe, NATO should station ground forces on the territory of allies most threatened by Russia. Russia’s annexation of Crimea and intervention in eastern Ukraine violated the NATO-Russia Founding Act and other treaties. In response, our NATO allies deserve credible new commitments from us.

Finally, we must continue to pursue long-term foreign policy objectives that demonstrate American leadership and underscore Russia’s isolation. Ratifying the Trans-Pacific Partnership agreement, closing a multilateral climate deal by the end of the year, deepening ties with India and managing relations with China are all parts of America’s grander strategy.

The United States clearly has an interest in the emergence of a strong, rich and democratic Russia, fully integrated into the international community of states. Eventually, new Russian leaders also may realize that Russia’s path to greatness requires reform at home and responsible leadership abroad. Propping up failing dictators through the use of force is not grand strategy.

Right now, though, the only way to nudge Russia in a different direction is to contain and push back on Mr. Putin’s current course, not only by our immediate response in Syria, but in a sustained, strategic manner around the world.