The End of an Epoch 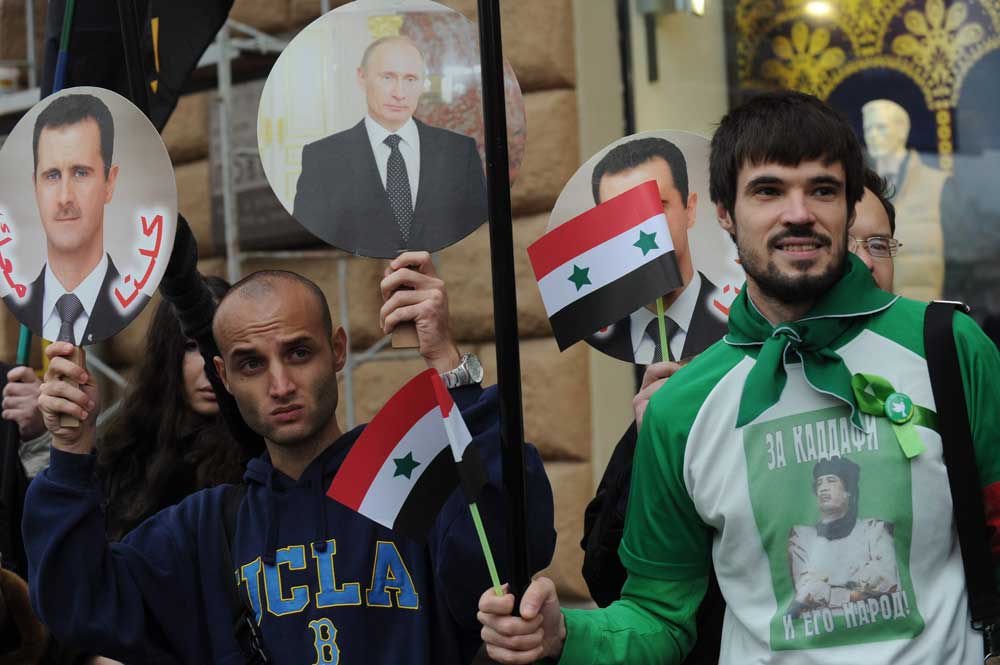 The third act of Russia’s civilizational drama is near. The price Russia and the outside world will pay for the end of the former’s system will be much higher then they paid for the Soviet Union’s demise.

Shock and confusion have been the leitmotif of Western responses to Vladimir Putin’s military moves in Syria. This certainly isn’t the first time the West has been flummoxed. Western political thought on Russia over the past two decades presents a cavalcade of failures of analysis and prediction. The most pathetic was the failure to anticipate the collapse of the Soviet Union; Western leaders even tried to prop it up when it began to unravel. Seymour Martin Lipset, in his “Anticipations of the Failure of Communism,” pondered why the expert community had been so sure that the Soviet System was so durable, and why the Sovietologists “expected the opposite of what happened.” He wrote, “The scholars sought to explain how the system worked. … Thus, they looked for institutions and values that stabilized the polity and society.” Meanwhile, “ideologically critical journalists and politicians … were disposed to emphasize dysfunctional aspects, structures, and behaviors, which might cause a crisis.”

A series of misjudgments and fallacies followed. In the 1990s, the Western transitologists said that the Russian System would move one way, only to find it going in another direction entirely. In the early 2000s, Russia discarded the assumption that it would partner with the United States in its battle against terrorism. Western observers argued that Yeltsin was a democrat, and Putin a modernizer. Western governments spent billions of dollars promoting reforms in Russia before they began to suspect that this aid was only helping to resuscitate the authoritarian regime. The West called for a “reset” and a “partnership for modernization,” even as the Kremlin slipped into an anti-Western mood, turning Western policies into the punch line of a bad joke. The West was perplexed by the war in Georgia and paralyzed by the Crimea annexation and invasion of Ukraine. It’s hard to imagine a more impressive record of bafflement!

By all appearances, the Russian system of personalized power has been teasing the outside world, testing its ability not only to recognize but to learn from its mistakes. At the beginning of the 1990s, the Russian system reincarnated itself by dumping the Soviet state, faking adherence to liberal standards, and professing a readiness for partnership with the West. The liberal democracies chose to believe in this fiction.

Today, however, the Kremlin liberal dress-up game is a thing of the past. Putin’s Russia aspires to become the West’s chief antagonist. What is amazing about this change is the fact that it has been happening before the very eyes of the outside world, which saw precisely what it preferred to see. This raises a number of questions regarding the West’s ability to comprehend political reality, as well as its own mistakes. What if it’s making the same mistakes as regards China or the Middle East?

I would suggest a couple of observations about this most recent stage of the Russian system survival’s project. First, let’s look at how sustainable Russia’s struggle for life is. The Kremlin had begun looking for a pretext to switch to military patriotic legitimacy before the Ukrainian Maidan. The fall of the Yanukovych regime allowed the Kremlin to use Ukraine as the testing ground for its confrontational model. If the Maidan had not occurred, the Kremlin would have certainly had to look for other ways to justify its transition to “Fortress Russia.” The annexation of Crimea and aggression against Ukraine allowed the authorities to solve a number of tactical goals: The regime restored its declining popular support by awakening Russians’ imperial ambitions and presenting them with the appearance of a great victory (albeit only a temporary one); it launched a pre-emptive strike against the idea of a Russian Maidan; it probed the limits of conflict with the West; finally, it undermined Ukraine’s statehood and prevented other post-Soviet states from escaping Russia’s orbit. Hence, Ukraine is not just a goal for the Kremlin, but also the means to achieve other goals.

True, the Kremlin does not want to isolate Russia; it wants to return to the formula described by Isaiah Berlin in 1946: “She (Russia) is ready to take a part in international relations, but she prefers other countries to abstain from taking an interest in her affairs: that is to say, to insulate herself from the rest of the world without remaining isolated from it.”1 Thus, it’s back to the USSR, which in its own time created quite a successful formula for ensuring its “insulation.”

Recent developments (the Russo-Ukrainian war and Russia’s involvement in Syria) should have erased all illusions regarding the nature of the Russian System and its life expectancy. For decades during the Soviet and post-Soviet times, the Russian State-System demonstrated signs of decay straight out of the Huntington-Fukuyama textbook: it was rigid, having lost its adaptability; it was moving toward the simplicity of the “power vertical,” rejecting any autonomy for its components and making the political process incoherent; it showed “disjuncture in the rate of change between institutions and the external environment;” and, finally, it demonstrated neopatrimonialism in its most glaring form.2 By 2013–14 we could see signs that the previous political equilibrium no longer held, and that the key political actors in Russia had failed to bring about a new equilibrium (and that, further, they had prevented new actors from coming to the fore). Russia’s authorities were forced to return to a model of subjugation and military-patriotic mobilization, which had already proved useless in sustaining the USSR. We see sufficient evidence to allow us to conclude that the Russian System has entered the stage of agony. True, it’s impossible to determine how long the System’s agony will last this time (five, ten, twenty years—who knows?). Nor is it possible to know how it will end. But end it must.

Russia’s future trajectory and final destination will be determined by a confluence of factors. The factors that are helping the System continue to draw breath include: Russia’s cultural and historic traditions and political modes of thought; the absence of either a clearly formulated alternative vision or a consolidated group prepared to implement it; the disorientation of both the masses and the elite; the readiness of some segments of the ruling elite to resort to repressive means; society’s ability to survive under crisis conditions; memories of the 1991 collapse; and public fear of the unknown and new upheavals. All of these factors provide the System with some room for maneuver, despite the increasingly deteriorating conditions. But time is running out.

The destructive factors have come to the fore. They are: the termination of the old social contract that guaranteed people’s welfare and security; the emergence of consumerist social groups who no longer wish to sacrifice their standard of living for the sake of militarization or great power status; the deepening of the economic crisis, which could generate a tidal wave of discontent; the regime’s corruption, cynicism, and impudence, which a growing number of people can no longer bear. However, the most powerful are the systemic “destructors”: lack of a new Idea for mass mobilization; a deep process of desacralization of power; and society’s rejection of the need to make sacrifices for the sake of the Historical Imperative. The Russian “state-system” has lost its foundation and is limping along only because of inertia.

Two circumstances may become decisive for the fate of both the Russian system and the current regime. The first is the interests of Russia’s rent-seeking elite, which has become personally integrated into Western society (through their bank accounts, real estate holdings, and the like) and wishes to avoid Russia’s isolation as a pariah state. These elites did support Putin’s initial efforts to assert Russia’s superpower status, which elevated their profiles in the West. However, “Fortress Russia” runs counter to their interests.

The second circumstance has to do with the willingness of the siloviki to support the regime. History suggests that when property and power (in the form of the security apparatus) are fused, which is exactly what’s happening in Russia, then the siloviki lose their otherwise unbounded loyalty to the regime. Thus, there is no guarantee that siloviki will back the regime to the bitter end. In fact, it may even accelerate the regime’s demise: the loyalists are not kamikazes!

It is also still unclear to what extent the inevitable regime change would accelerate the System’s decline, or whether it would in fact give it a new lease on life, however short-lived that lease might be. The outcome will hinge on the depth of the economic crisis, as well as on the particular consolidation of the groups seeking an alternative to the current rule. But even if regime change prolongs the life of the System, its new life cycle is bound to be short.

The Kremlin’s Syrian “adventure” has proved that Russia is facing a conundrum that can’t be boiled down to Putin’s recklessness. To be sure, he has accelerated events: The Crimea annexation toppled the first domino. But the more important thing to note in Russia’s Syria adventure is the return of the same logic that brought the end of the Soviet Union.

Russia is trapped. On the one hand, the system of personalized power can’t survive in a peace mode and has to turn to military-patriotic legitimacy. On the other, it isn’t ready for a real fight with the West. The System can no longer respond to the challenges of the modern world; nor can it even fake a response. The Russian personalized power architecture has entered a new stage: From now on its very existence will undermine its own foundations. The third act of the civilizational drama is near. The price Russia and the outside world will pay for the end of its system will be much higher then they paid for the Soviet Union’s demise.