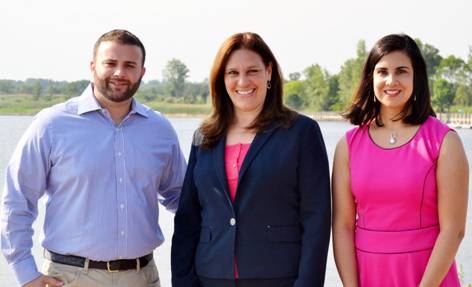 "We have a choice for District Attorney this November, and her 27 years of prosecutorial experience make Joan Illuzzi the best choice to preserve Staten Island as the safest borough in the City of New York," Assemblywoman Malliotakis said. "One of the foremost reasons why Staten Islanders love their community is the high priority we place on public safety and keeping crime out of our neighborhoods, and bringing Joan's unrivaled experience to the District Attorney's office will ensure the most vigorous prosecution of those who break the law."

"Joan Illuzzi is a supremely qualified candidate," Assemblyman Borelli said. "Over the course of three decades locking up bad guys, she has proven herself to be a dedicated public employee and a tireless advocate of law and order. Staten Island needs a strong and capable district attorney with the experience necessary to hit the ground running after Election Day, that's why I'm endorsing Joan Illuzzi."

"Whether it is working to ensure our South and East Shore communities recover after the ravages of Sandy, or standing firm with our NYPD and law enforcement during the wave of anti-police protests, Assemblywoman Malliotakis and Assemblyman Borelli never stop fighting for the people of Staten Island, so I am honored to have their endorsement and support to be our next district attorney."

Assemblywoman Malliotakis and Assemblyman Borelli are Staten Island's two Republican representatives in the New York State Assembly. Both Assemblywoman Malliotakis and Assemblyman Borelli have been outspoken advocates for the brave men and women of our NYPD and the pro-public safety policies that help protect all Staten Islanders.

Joan Illuzzi, a lifelong Staten Islander, is a 27-year veteran of the Manhattan District Attorney’s office where she served for much of that tenure as an Assistant District Attorney under the legendary Robert Morgenthau. Ms. Illuzzi served as Senior Trial Counsel to Mr. Morgenthau and to his successor Cyrus Vance, Jr., and was also named Chief of the Hate Crimes Unit in 2011. She resigned her position in the Manhattan DA's office to run as the endorsed Republican Party candidate to succeed Dan Donovan as the next Staten Island District Attorney.