Russia Returning to Gold With Biggest Purchases in Six Months 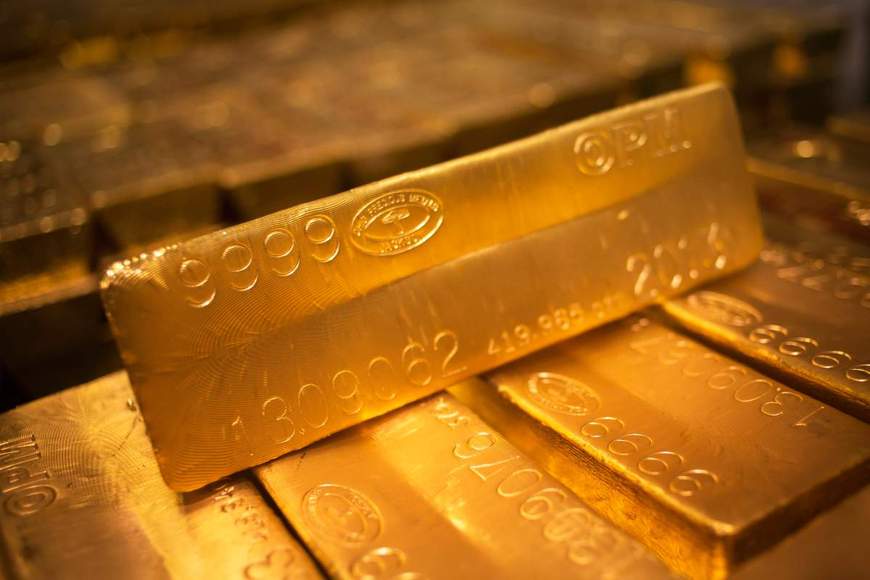 After a two-month hiatus, Russia’s appetite for buying gold is back.

The nation increased foreign reserves of bullion to 39.8 million ounces, or about 1,238 metric tons, as of April 1, compared with 38.8 million ounces a month earlier, the central bank said on its website Monday. The 30-ton purchase was the most since September.

Russia, the fifth-biggest holder of the metal, returned to buying gold after taking a break in January and February. The country, which bought gold through the last nine months of 2014, made the purchases to diversify foreign reserves and solve issues related to ruble liquidity, central bank Governor Elvira Nabiullina said in February.

“It’s interesting that Russia is still buying because it’s economy has taken a knock from Western sanctions and from lower oil prices,” David Jollie, an analyst at Mitsui & Co. Precious Metals Inc., said by phone from London. “This sends a very bullish signal to the gold market.”

Russia more than tripled its gold hoard since 2005 and holds the most since at least 1993, International Monetary Fund data show. It increased bullion reserves even as international sanctions over the Ukrainian conflict and a plunge in oil prices led to a collapse in the ruble.

Gold accounts for about 13 percent of Russia’s total foreign reserves, according to the London-based World Gold Council. That compares with about 70 percent for the U.S. and Germany, the biggest holders, the data show. Central banks globally will buy at least 400 tons this year, the council estimated in February.

“That the Russians increased their holdings is a relief for gold bulls,” Matthew Turner, an analyst at Macquarie Group Ltd., said by phone from London. “With the Russian economic problems, they could have decided to go either way.”