Russia Denies Visas for Teachers at Anglo-American School in Moscow 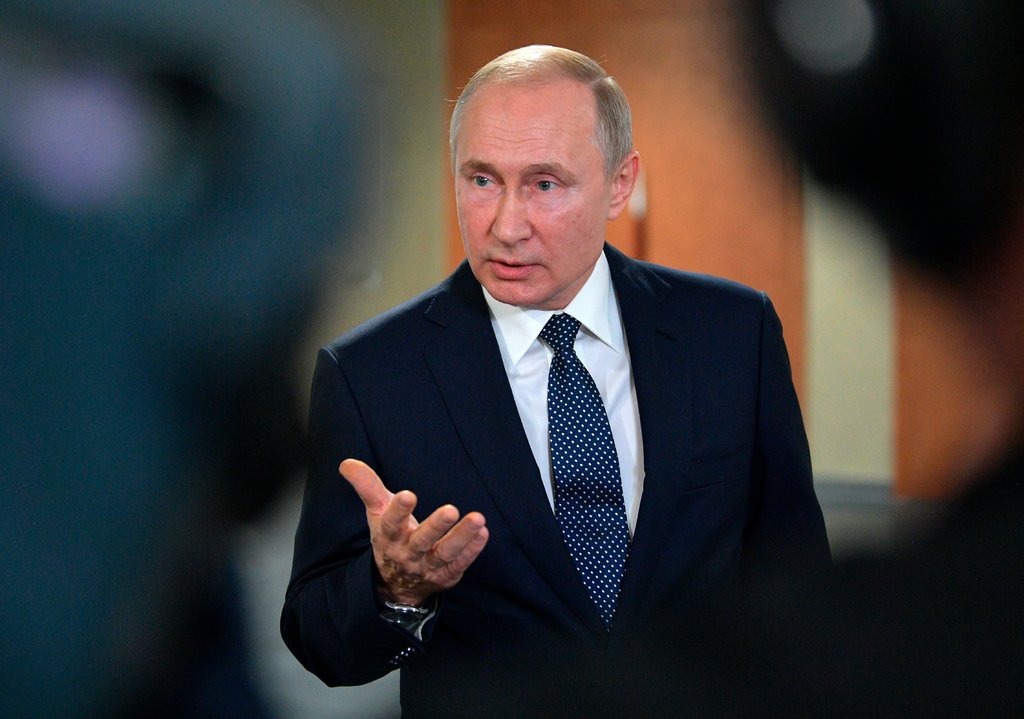 MOSCOW — Russia’s Foreign Ministry has recently denied visas for teachers at a school in Moscow run by Western embassies, in what American officials suggested was an effort to exert political pressure on the United States by curtailing schooling for the children of diplomats.

It is not clear why the Russian government denied entry to 30 teachers, about one fifth of the teaching staff at the Anglo-American School of Moscow; the Foreign Ministry did not respond to written questions on Tuesday. But Moscow’s conflicts with Washington and London have flared repeatedly in recent years, and the school has been in the political cross hairs before.

After the Obama administration imposed sanctions on Russia in late 2016 for interfering in the United States election, an American official told CNN that the school could be closed in retaliation.

President Vladimir V. Putin, however, delayed a response after Michael T. Flynn, on his way to becoming the national security adviser to President Trump, told the Russian ambassador in Washington that the Trump administration would have a different policy toward Russia.

In announcing his decision to not retaliate, Mr. Putin said then, in an apparent reference to the report on the school closing, “I am inviting all the children of U.S. diplomats accredited in Russia to the New Year and Christmas parties at the Kremlin.”

Mr. Trump praised Mr. Putin’s restraint and said he was “very smart.” A Russian Foreign Ministry spokeswoman at the time denied that Russian authorities had ever threatened to close the school.

Mr. Flynn has since pleaded guilty to lying to the F.B.I. about that phone call. Congress passed legislation in early 2017 prohibiting President Trump from lifting sanctions against Russia without congressional approval. But when Russian authorities eventually retaliated for the sanctions later that year, by expelling American diplomats, the diplomats’ school avoided repercussions.

The school, set in a leafy compound in a Moscow suburb, serves 1,200 prekindergarten through high school students, many of them children of diplomats and foreign business people. It was created in 1949 by the American, British and Canadian governments.

If it is forced to curb its operations, some parents face the prospect of turning down jobs in Moscow or splitting up families by sending children to boarding schools elsewhere, said Alexis Rodzianko, the president of the American Chamber of Commerce in Russia.

“You can imagine it’s very disruptive,” he said. “And to play devil’s advocate, it was meant to be.”

Mr. Rodzianko suggested the Russian government is seeking to pressure the United States to roll back a portion of the sanctions by returning to Russia’s diplomatic mission two waterfront estates, in New York and Maryland, that were closed in 2016.

“This, as I understand it, is a way to get the U.S. to move on getting those back,” he said.

Still, harming the school could render Russia less attractive for foreign companies considering investment, he said, as expatriate executives would have fewer options for placing their children in an English-language school.

In a letter to other Western embassies in Moscow sent on Monday, Heather Byrnes, a member of the school’s board and a trade official at the American Embassy, wrote that the United States was trying to persuade the Kremlin “not to involve schoolchildren in its political differences with our government.”

The letter said the Russian Foreign Ministry had informed the United States Embassy that it would not issue 30 visas that the school had requested for new teachers. “This will have a devastating effect on the school’s ability to hire and retain high-quality, international teachers and staff,” she wrote.

The school may have to turn away an unspecified number of children for the school year starting Aug. 20, the letter added.

Many of the school’s 150 teachers are Russian, but by necessity, the backbone of the faculty has been native English speakers from abroad, providing a continuity of education for children who come from many countries.

Today, such children are a minority of the enrollment. Diplomats from dozens of other countries like Germany and Korea, foreign business executives and wealthy Russians also send children there. In total, children from 60 countries attend the school.