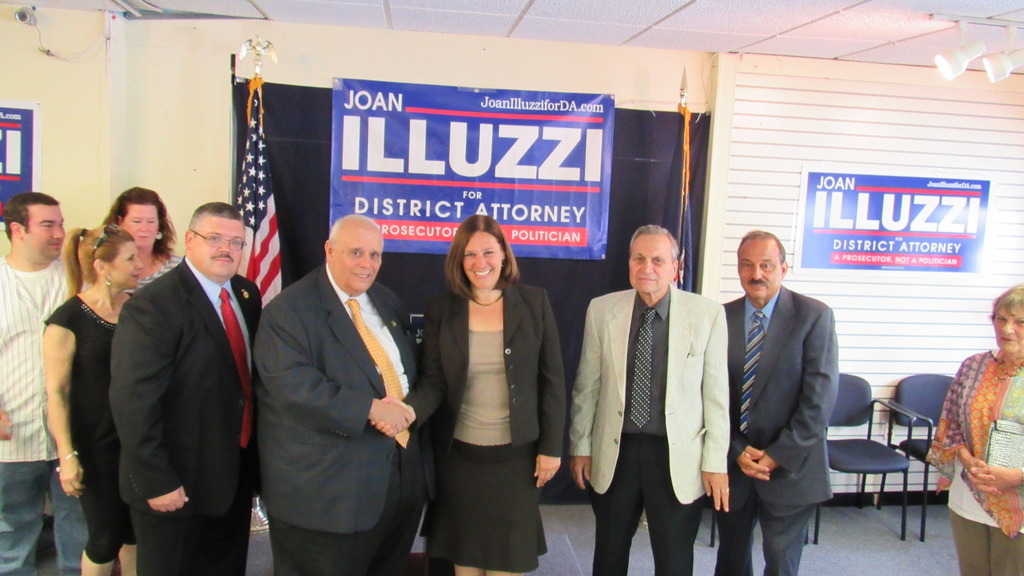 STATEN ISLAND, N.Y. -- With many of its members living on Staten Island, the NYPD's Retired Sergeants Association endorsed Republican Joan Illuzzi for district attorney Wednesday morning at headquarter   on 2300 Richmond Road.
"We want a professional in this office ... not a politician," second vice president Larry Kelly said.
"There's nothing else that's more important than experience," vice president Joe DiGennaro commented.
Patsy Noto, the association's president, noted that many of its members call Staten Island home even some of members living on Hawaii, Puerto Rico and other   states.
He argues that Illuzzi's 27 years as a prosecutor in the Manhattan district attorney's office makes her qualified to lead the Staten Island office.
"We need a professional prosecutor," he said. "This should not really be a political position."
Illuzzi is running against former Democratic councilman and congressman Michael McMahon for the seat left behind by Rep. Daniel Donovan when he won a special Congressional election in May.
Donovan has endorsed Illuzzi in the race, as have several of the Island's other elected Republicans — Assembly members Joe Borelli and Nicole Malliotakis and Councilmen Vincent Ignizio and Steven Matteo.