Putin’s Warlords Slip Out of Control 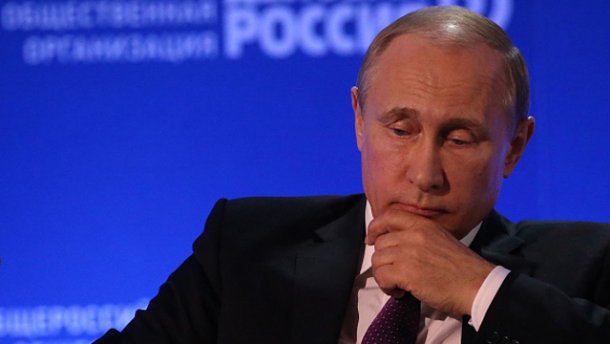 KIEV — In waging a clandestine war in eastern Ukraine, Vladimir Putin has made a bargain with the devil. He has farmed out much of the fighting to warlords, mercenaries and criminals, partly in an attempt to simulate a broad-based indigenous resistance to Ukrainian rule. But Mr. Putin’s strategy of using such proxies has resulted in the establishment of a warlord kleptocracy in eastern Ukraine that threatens even Moscow’s control of events.

Surrogate fighters were recruited from four sources: local criminal gangs; jobless males who live on the fringes of eastern Ukraine’s society; political extremists from Russia’s far right, including Cossacks; and itinerant Russian mercenaries who fought in Chechnya, North Ossetia, Transnistria and other regional conflicts in the post-Soviet Union. They have been trained and equipped with modern weapons, and are often supported by Russian regular and special troops.

These irregular forces now form the backbone of the armies of Donetsk and Luhansk, two mostly Russian-speaking regions of Ukraine along the border with Russia. Those separatist enclaves are dominated by well-armed criminal networks whose leaders play key roles in local politics, both formally, as government leaders, and informally, as chieftains of gangs with their own turf. These men and women have supplanted the pro-Russian elite that had held sway in the area since Ukraine’s independence in 1991.

By striking a bargain with what are, in effect, local warlords, Mr. Putin is recreating a model Russia first tried in Chechnya more than a decade ago. There, the Russian government made common cause with Ramzan Kadyrov, the son of a prominent Chechen mullah turned separatist president. Mr. Kadyrov, whose clan had once backed the indigenous independence movement, switched sides in 1999 and, with Russian help, seized power in Chechnya. Chechen resistance was defeated, as the Kremlin had hoped, but at the cost of letting a local warlord with his own powerful army gain near-total sovereignty.

While Mr. Kadyrov regularly pronounces his personal loyalty to Mr. Putin, he brooks no intervention from federal Russian authorities. He flouts Russian law, for example by permitting polygamy. On April 21, he stated his sovereignty with clarity, telling his fighters that if any security officer, “whether from Moscow or Stavropol, appears on your territory without your knowledge, shoot to kill. They have to take us into account.”

The Kremlin is now repeating its reckless policy from Chechnya in eastern Ukraine, with similar results. Although the leaders of Donetsk and Luhansk rely on training and arms from Russia, their crime-based financial independence also gives them incentives to play their own game.

Their influence comes from the trade of weapons, drugs and alcohol, and cash generated from checkpoints on roads. New criminal fortunes are being made through corporate raids, shakedowns of local businesses and the seizure of houses abandoned by residents who have fled the region: As of last month, there were more than 1.3 million internally displaced people inside Ukraine, with the highest rates in the eastern parts of the country, according to U.N. sources. And there were more than 700,000 Ukrainian refugees seeking legal status in Russia.

The mounting criminality in eastern Ukraine is also spilling over into Russia, with both contraband and irregular fighters crossing the porous borders. Rostov Oblast, a Russian province that is a staging ground for the Russian-backed insurgency in eastern Ukraine, has experienced a huge spike in crime: an increase of more than 23 percent in the first four months of this year. It is now the sixth-most crime-ridden of Russia’s 83 regions.

The proliferation of criminality and the emergence of a broad array of well-armed players along Russia’s southwestern border have not been welcomed by the Russian security services, which are accustomed to operating under a strict chain of command. In fact, they are suspected of being involved in a spate of assassinations of some troublesome local chieftains, most recently Aleksey Mozgovoy, who was killed in an ambush on May 23. The head of an insurgent battalion in Luhansk, Mr. Mozgovoy had criticized local separatist leaders for giving up on establishing a larger breakaway region that was to be called Novorossiya, or New Russia.

Mr. Putin’s war in Ukraine has brought death and mayhem to Ukraine, and sanctions, political isolation and an economic downturn to Russia. It has also brought instability to the vast swath of territory that runs from the Donetsk and Luhansk statelets of Ukraine to Russia’s Rostov and Krasnodar regions, linking up with the Caucasus. Mr. Putin’s war in Ukraine, in other words, is slipping out of his control.

Adrian Karatnycky is a senior fellow with the Atlantic Council.