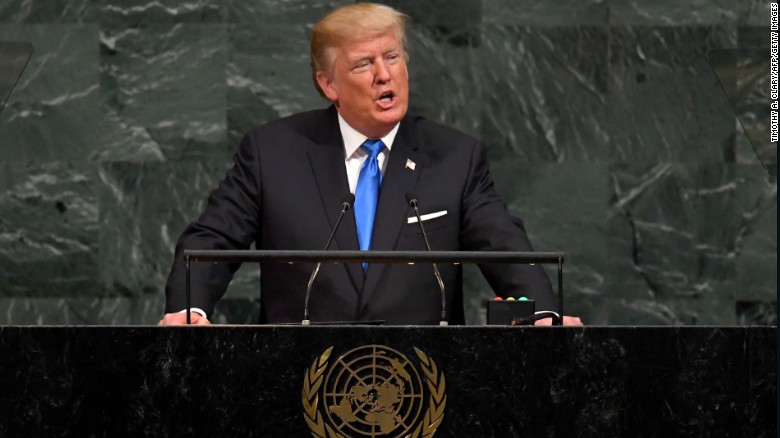 “Each of us here today is the emissary of a distinct culture, a rich history, and a people bound together by ties of memory, tradition, and the values that make our homelands like nowhere else on Earth,” President Donald J. Trump said in a major speech at the 73rd Session of the United Nations General Assembly (UNGA) today.

“That is why America will always choose independence and cooperation over global governance, control, and domination.”

Last year in New York, President Trump outlined a vision at the U.N. of strong, sovereign nations working together to confront the biggest scourges facing Western civilization in the 21st century. He cited three threats in particular—North Korea, Iran, and ISIS—that required decisive action in the months ahead.

One year later, bold American diplomacy has diminished each of these threats:

Embracing “peace through strength,” President Trump has presided over a remarkable year in American foreign policy. Today in New York, he built on last year’s message to world leaders, making it clear that the work is only just beginning.

“Sovereign and independent nations are the only vehicle where freedom has ever survived, democracy has ever endured, or peace has ever prospered,” President Trump said. “So together, let us choose a future of patriotism, prosperity, and pride. Let us choose peace and freedom over domination and defeat. And let us come here to this place to stand for our people and their nations.”

President Trump returns to the U.N.—with new evidence for ‘peace through strength’