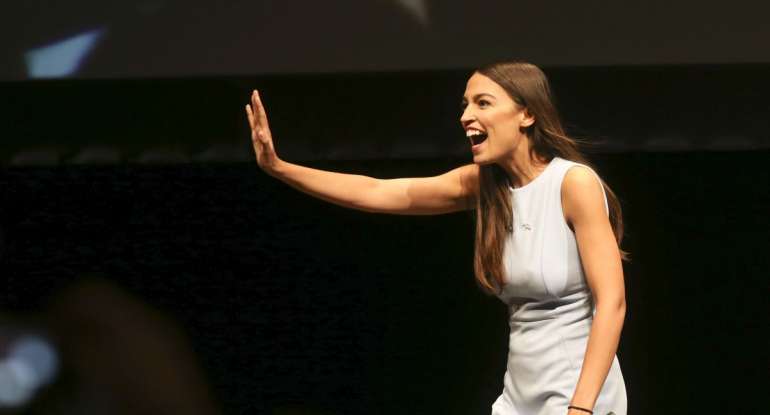 According to an eye-popping PJ Media analysis based on a new report from Power the Future, the "Green New Deal" proposed by democratic socialist Rep. Alexandria Ocasio-Cortez (D-N.Y.) would cost more than 8,000 times as much as President Donald Trump's border wall.

The "Green New Deal" will cost approximately $49.109 trillion in the first ten years, enough to fund Trump's border wall 8,616 times over. The president is requesting $5.7 billion for the wall.

PJ Media calculated the cost of the "Green New Deal" by integrating each of the cost aspects involved in a Power the Future analysis and calculating their cost for the U.S. over about ten years — and in one case through 2050.

According to Ocasio-Cortez, the "Green New Deal" will force America to transition to an economy run from 100 percent renewable energy. Christopher Clark, a physicist who has studied rapid deployments of renewable energy, told The Hill that building this kind of generating capacity would cost "at least $2 trillion."

Ocasio-Cortez has also called for a smart power grid to replace the U.S. power grid, an estimated cost of $338 billion on the low end ($476 billion on the high end), according to the Electric Power Research Institute. This kind of transition may be a good idea in general, but it drives up the cost of the "Green New Deal" nonetheless.

The proposal would also call for decarbonization of U.S. industries — a massive task. According to a June 2018 study from McKinsey and Company, the cost to decarbonize steel, cement, ethylene, and ammonia manufacturing worldwide is between $11 trillion and $21 trillion through 2050. It remains unclear exactly how long this would take for U.S. markets, but calculating the U.S. percentage of each industry and applying that industry's percentage of the global $11 trillion cost should provide a ballpark figure.