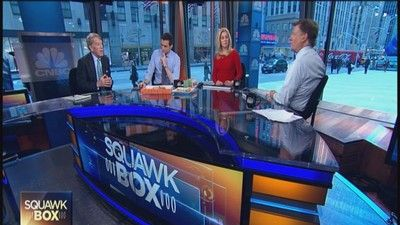 WASHINGTON, Jan 16 (Reuters) - The Obama administration official who oversaw the botched rollout of the Obamacare website, Healthcare.gov, announced on Friday she will resign as head of the agency that also manages the Medicare and Medicaid healthcare programs.

"It is with sadness and mixed emotions that I write to tell you that February will be my last month," Marilyn Tavenner, administrator for the Centers for Medicare and Medicaid Services (CMS), said in an email to staff.

She gave no reason in the email for her departure.

A former nurse and hospital chain executive, Tavenner, 63, joined CMS in February 2010, a month before President Barack Obama signed the Affordable Care Act into law. She enjoyed bipartisan support in Congress as a private sector leader who had also served as Virginia's health secretary.

An administration official said Tavenner was leaving "at the right time" after her agency had hired capable new officials in leadership positions. "She's been here for five years and it's a 24/7 job," the official said.

Tavenner quickly emerged as a leading figure in the implementation of Obamacare, including HealthCare.gov, which crashed on launch in October 2013 due to technical glitches and plunged Obama and his signature domestic policy into months of political crisis.

She apologized for the debacle, while a team of outside experts got the website working well enough to surpass enrollment projections.

Republicans in the House of Representatives later accused Tavenner and other administration officials of misleading them about the Obamacare rollout by assuring lawmakers ahead of the launch that the website would work.

On Friday, news of her resignation drew mixed reaction in Congress.

Republican senators including Orrin Hatch, chairman of the Senate Finance Committee, praised Tavenner for performing admirably under difficult conditions. Senate Majority Leader Mitch McConnell said he hoped her replacement would not be distracted by Obamacare, calling it "a gigantic, unworkable law".

In the House, Republican Darrell Issa blamed her agency for "padding" Obamacare enrollment numbers, saying: "Tavenner had to go."

In a nearly 2,000-word email to staff, Tavenner made no mention of HealthCare.gov, but focused instead on the successes of Obamacare enrollment, improved quality of care and a crackdown on Medicare fraud and abuse.

Health and Human Services Secretary Sylvia Burwell told federal staff in a separate email that Tavenner had helped shore up the Medicare program for the elderly, expanded the Medicaid program for the poor, reduced hospital infections and accelerated innovation.

"It's a measure of her tenacity and dedication that after the tough initial rollout of HealthCare.gov, she helped right the ship," Burwell said.