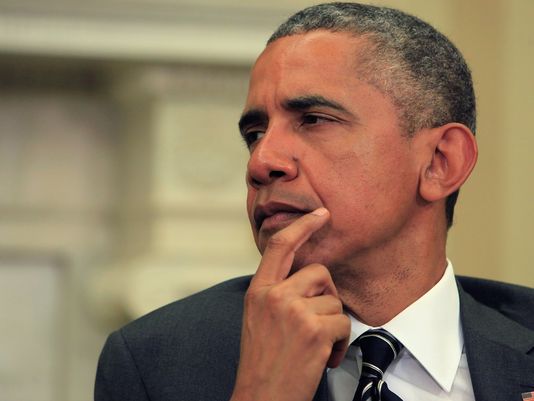 WASHINGTON — took the rare step of canceling a state of national emergency Tuesday, revoking an executive order that provided for payments for Russian uranium under the "Megatons to Megawatts" program.

In doing so, he closed the books on a 1993 agreement that allowed Russia to sell 500 megatons of enriched uranium — the equivalent of about 20,000 nuclear warheads. The program converted the uranium for use in commercial nuclear power plants and, more importantly, ensured that the weapons-grade material stayed out of the hands of terrorists.

But civil lawsuits against Russia had threatened to tie up the sales, leading Presidents Clinton and Obama to invoke the National Emergencies Act to block Russian assets and shield them from creditors.

Those payments were completed in December, 2013. White House officials would not say why the emergency remained in place for more than a year after that.

"With the successful conversion of 500 metric tons of highly enriched uranium extracted from into low enriched uranium, the transfer to the United States of that low enriched uranium for use as fuel in commercial nuclear reactors, and the completion of all payments to the Russian Federation, there is no further need for the protective blocking imposed by Executive Order 13617," Obama said Tuesday in a letter to Congress.