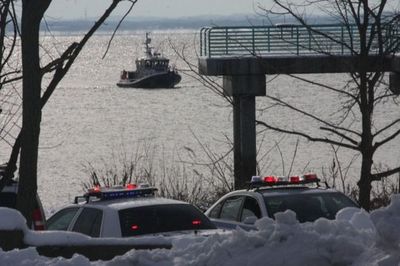 It remains uncertain if somebody jumped from the Island's Lemon Creek Fishing Pier earlier Thursday, but the authorities still consider this option.

NYPD reports that search still in realization stages, and incident remains under a consequence.

An idling vehicle and discarded clothing were found near the pier.

The pier was blocked by a yellow tape as a crime scene this morning while police divers were in water. Helicopters were also lifted in air.

At least 20 NYPD and FDNY vehicles were on a scene.

The police reported that they stopped the search on Thursday evening, but will continue it on Friday morning. There is an assumption that the woman jumped off, but NYPD doesn't give out her name.