Mr. Putin’s deal with the devil in Chechnya 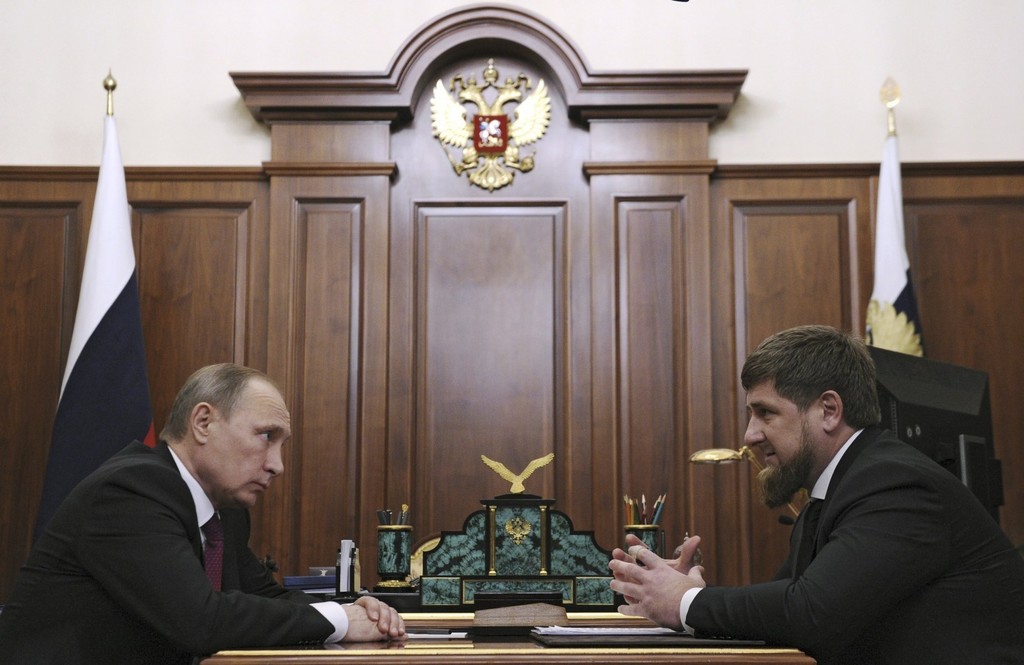 VLADIMIR PUTIN’S fondest wish is to be treated as the respected leader of a resurgent superpower. Following his invasion of Syria, many in the Obama administration and Europe appear ready to concede him that status. They ought to pause to consider the tawdry spectacle of Mr. Putin’s meeting last Friday with Ramzan Kadyrov, the ruler of the republic of Chechnya.

Over the past nine years, Mr. Kadyrov has established himself as an absolute despot in his Muslim republic. Like a medieval khan, he exacts tribute from Chechnya’s citizens and businesses, commands a Praetorian guard that is sworn to obey him, and brutally dispatches those who oppose him — not only in Chechnya, but across Russia and beyond. Mr. Kadyrov has been linked to a number of sensational political murders, including those of opposition leader Boris Nemtsov, journalist Anna Politkovskaya and exiled rivals in Vienna and Dubai. He has brazenly defied Russian federal authorities, at one point ordering his men to “shoot to kill” any security forces that entered Chechnya without his permission.

Mr. Putin’s response to all this was to invite Mr. Kadyrov to a televised encounter at the Kremlin at which he praised the former warlord for becoming “a good manager,” reappointed him as Chechnya’s president and endorsed him in an election scheduled for September. “I hope that the people of Chechnya will be able to assess the worth of all you have done for the republic during the election campaign,” Mr. Putin said.

There are only two ways to interpret this spectacle, and neither reflects well on Mr. Putin. Either he willingly accepts, and perhaps even directs, the tyrannical excesses and political murders of Mr. Kadyrov, who has described himself as “a foot soldier of the president of Russia.” Or, the Russian ruler is essentially conceding his inability to control the man who governs one of the most volatile regions of the country. Either way, Mr. Putin has sent the message that lawlessness and state violence are sanctioned elements of his regime.

“Kadyrov understands that he can do anything and the response will not be a summons by the state [prosecutor], but an invitation by Putin to the Kremlin,” says Ilya Yashin, a Russian opposition activist who recently issued a report on the Chechen. “Ramzan Kadyrov,” it concludes, “now poses a real threat to Russian national security.”

In an almost pathetic attempt to soften his sanction of — or surrender to — Mr. Kadyrov, Mr. Putin said he expected “closer cooperation with federal authorities, especially in security matters.” This was likely a sop to the federal spy service and interior ministry, which are often reported to be enraged by Mr. Kadyrov’s state-within-a-state.

In reality, the would-be superpower statesman appears utterly unwilling, or unable, to enforce his writ on a glorified gangster. Either Mr. Putin is far weaker, and his grip on power less secure, than many in the West assume — or he is complicit in acts that should disqualify him from being a strategic partner.