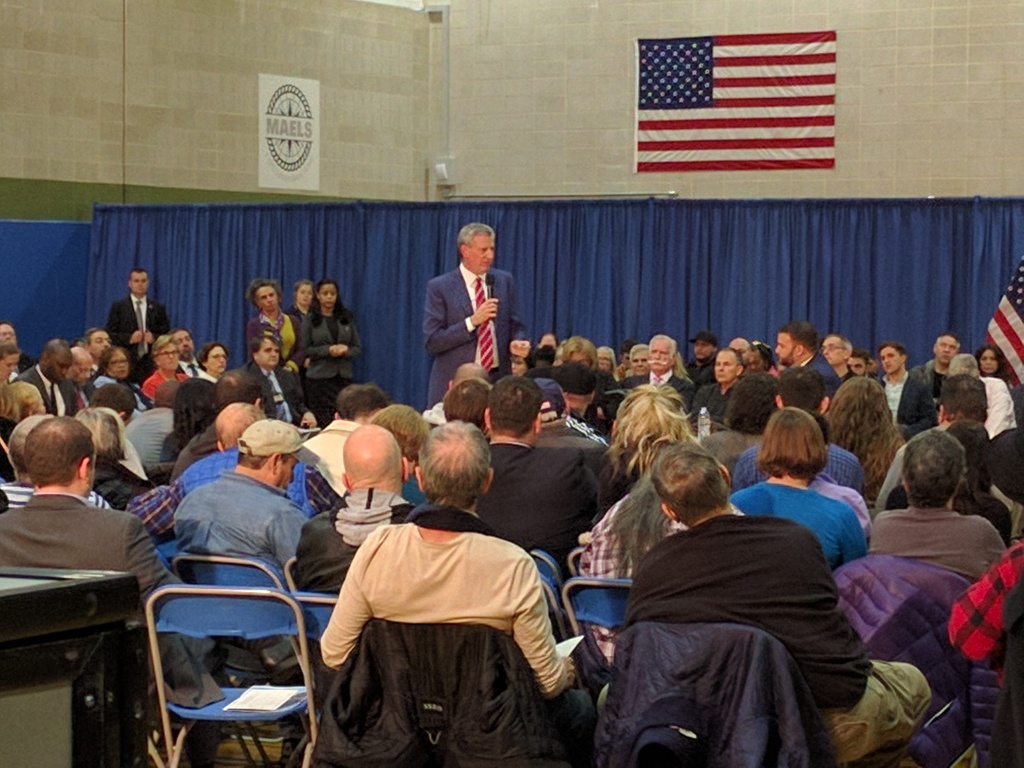 After being introduced by South Shore GOP Councilman Joseph Borelli and welcomed by other Island elected officials, the mayor outlined his list of achievements for the borough, including a record number of lane miles of paved roads and expansion of the universal Pre-K program.

Then, he announced a $350,000 study to look at the effects of the Fresh Kills Landfill on residents' health, specifically asthma, after several requests from Borelli.

The study will begin immediately and will wrap up by the end of 2018.

He also announced that Seaside Wildlife Nature Park -- also known as Pirate Park -- will receive $6 million for a bathroom that it does not currently have.