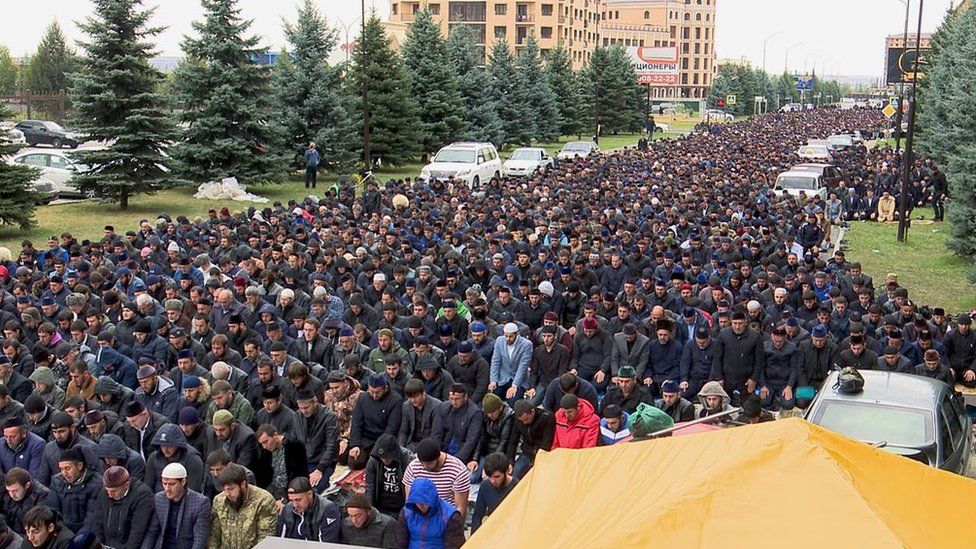 At all times of their hardest history Ingush people could unite and stand up on guards of their rights and freedom. And their free spirit became as strong as a stone like their famous ancient Stone Towers.

Said Chakhkiyev is the famous Ingush poet, the author of above fragment from his poem “Tower”. It is about strokes of fate. Poetused such impressive and exact metaphor to express figuratively the main quality of Ingush’s character.

In 1819 the great German poet Johann Wolfgang Goethe wrote his short poem “Freisinn”- “Free Spirit” in which he also glorified freedom loving mountaineer – an Ingush. Goethe was inspired to create the poem after he had read the publicationof Moritz Von Engelhard’s work about the trip to Caucasus, to mountainous Ingushetia - the country of Galga in 1811.Engelhardwas delighted by the answer of an Ingush Riderwho absolutely rejected his offer to give away and be submitted and said:“Above my cap I see only the sky.”Goethe even created a new word which could transfer the essential meaningof freedom - “Freisinn”. Since then the word that never had been in German language beforebecame its part forever.

Later this text was set to music by many famous composers.

And today just as more than two centuries ago Ingush’s free spiritis alive. They protect their freedom stoically! Meeting 26 March, 2019 is over. But any action causes reaction…

Representatives of the protest movement were repressed by local authorities and Federal Centre: protocols on detention of activists, arrests for 10-15 days, penalties, administrative influence, dismissals from work, intimidation of people: military equipment, numerous troops of the National Guard of the Russian Federation are drawn up to small Ingushetia to take it in a ring.

And all this only because people are against laws on the new borders depriving their Republic of its sacred earth, against arbitrary executions of young people, against total corruption, impoverishment of the people, against lawlessness from law enforcement structures.

Time has come at last to the Federal center to understand that it is time to stop their chain dogs, still not late and to cease to follow a proverb “Divide and Rule” and to replace it on “Unite and Lead”!