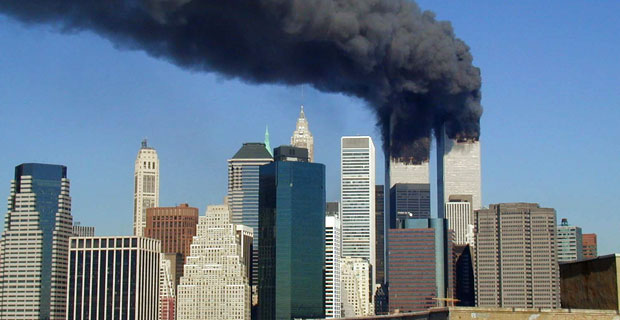 Donald Trump is telling the truth about Muslims celebrating in New Jersey on September 11, 2001

It did happen, and I saw it.

Donald Trump is telling the truth about Muslims celebrating in New Jersey on September 11, 2001.

I drove with family members though Patterson, N.J. that morning, after the planes hit. It’s not the kind of thing you forget.

We witnessed people in traditional Muslim garb dancing, jumping, shouting and celebrating like their team had won the Super Bowl, just as Trump said.

Trump has refused to back off of those comments. He told ABC’s George Stephanopoulos Sunday, “it did happen. I saw it.”

Media outlets and politicians have been quick to call the Republican presidential front-runner a liar but the fact is it happened just like he said.

I didn’t see thousands of Muslims celebrating but I absolutely saw a pocket, perhaps 100, jumping for joy at the sight of the smoke rising from where the Twin Towers used to be.

The funny part of the media-made controversy is that until Trump recalled his experience on that day, these events were a commonly accepted fact by Jerseyans.

Others in N.J. have spoken about witnessing these events.

Suddenly we are all being called liars in order for Trump-haters to cast aspersions on him.

Well, I defy anyone in the media to call me a liar to my face.

Was the Washington Post lying in an article on September 18, 2001 when it wrote the following?

In Jersey City, within hours of two jetliners’ plowing into the World Trade Center, law enforcement authorities detained and questioned a number of people who were allegedly seen celebrating the attacks and holding tailgate-style parties on rooftops while they watched the devastation on the other side of the river.

I know what I saw, Donald Trump knows what he saw and scores of N.J. residents know what they saw.

What none of us need is some talking head who doesn’t live here or didn’t see what we did to tell us what happened.

I encourage anyone who witnessed the celebrations in N.J., N.Y., or any other city that day to share their stories on Twitter with the hashtag #TrumpIsright.