Help us prevent another gas pipeline under New York waters 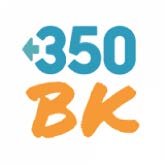 Help us prevent another gas pipeline under New York waters

The organizations listed here urge you to direct the New York State Department of Environmental Conservation and Office of General Services to deny the necessary permits that would allow the construction of the Northeast Supply Enhancement Pipeline (NESE), a new fracked gas pipeline that would run through the waters off Brooklyn, Queens, and Staten Island.

We appeal to you as a leader who has pledged to uphold the Paris Climate Accords and to make New York a trailblazer in the development of sound energy policies.

The 23-mile pipeline proposed by Williams, an Oklahoma-based company with a poor safety record , would run from New Jersey to Rockaway, coming within a mile of Staten Island and continuing past Coney Island and other Brooklyn beaches to link up with two existing pipelines off the Rockaway shore.

We oppose this pipeline for several reasons:

The project poses immediate risks to human health and to marine life. Williams says it would take more than a year to build the pipeline, including periods where work would proceed around the clock. The project would churn up arsenic, lead, DDT, dioxins, and PCBs, endangering beachgoers and marine life.

The pipeline undercuts state and city promises on climate. New York has pledged to meet the goals of the Paris Climate Accords by shifting to renewable energy sources such as wind, solar, and geothermal. You have made a commitment to getting half of New York’s electricity from renewable sources by 2030 – just 13 years from now. New York is part of the nine-state Regional Greenhouse Gas Initiative, which has just agreed to cut power plant carbon emissions by 30% by 2030. New York City has committed to cutting greenhouse gas emissions 80% by 2050 (compared with 2005). These are all positive steps toward taming climate chaos. But allowing the construction of a new pipeline to carry climate-busting fracked gas would undermine the effort to reduce the gas emissions that are warming the planet.

There’sno need for the gas this pipeline will carry.  There’s no big new market for gas as a heating fuel. Even if all of New York City’s boilers that now burn oil were to switch to gas, demand for gas would rise by only 6%, according to a report prepared for the Mayor’s Office of Long-Term Planning and Sustainability. And with the region building more solar and wind capacity, there’s no reason to expect an uptick in demand for gas to generate electricity, either.

Fracked gas is a particularly bad climate actor. Fracked gas is essentially methane, a greenhouse gas that captures 84 times as much heat as carbon dioxide in the initial 20 years after it’s emitted.

Williams just built a pipeline to Brooklyn two years ago. That pipeline can deliver 622,000 dekatherms of gas to its sole customer, National Grid. The proposed NESE would add another 400,000 dekatherms. There is simply no need for this additional gas.

New York gas customers would foot the bill.  Williams says the entire project would cost $926.5 million to build. If demand for the additional gas fails to materialize, National Grid’s customers in Brooklyn, Queens, and Staten Island would be forced to pay for the project through higher rates.

Building a new pipeline in the areas that were ravaged by Superstorm Sandy is simply unconscionable. Hurricane Harvey is a horrifying reminder of the destructive force of storms in an age of warming temperatures. If we want to confront the threat of climate change, we must end our reliance on fossil fuels—and defeat new fossil fuel projects such as the Williams Pipeline. Our future depends on it.

Governor Cuomo, you can turn back this pipeline by denying the needed permits.

The Federal Energy Regulatory Commission will, in all likelihood, approve this project. But the project can’t move forward without several state permits. Williams would need the Department of Environmental Conservation to issue a water quality certificate and a protection of navigable waters permit. Williams would also need the state’s Office of General Services to issue an easement for use of underwater land. Denying these permits would eliminate the risks this pipeline poses to the health, finances, and future of New Yorkers.

Do you have permission to sign on behalf of your organization? *

Anything to privately add for the organizers of this letter here?