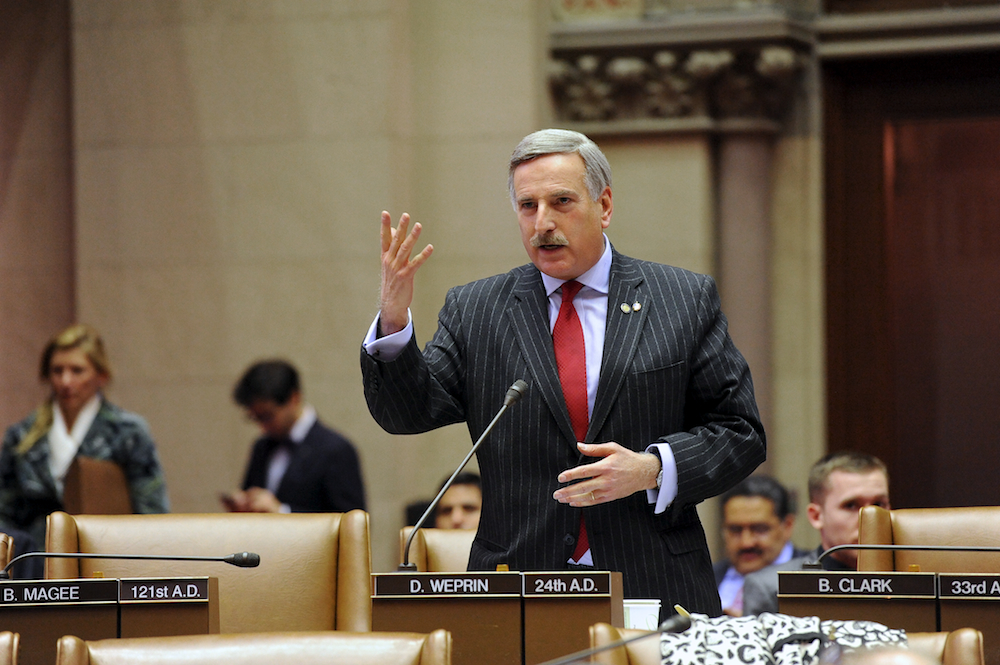 QUEENS, NEW YORK – After several decades of advocacy by supporters and elected officials, Governor Andrew M. Cuomo signed the groundbreaking Clean Bill of Adoptee Rights A5494/S3419 into law guaranteeing adoptees in New York State unrestricted access to their original birth certificates. The legislation establishes the right of adoptees and descendants of deceased adoptees to receive a certified copy of their birth certificate upon reaching the age of 18. Additionally, the bill mandates that the State Department of Health promulgate rules and regulations to carry out the provision by January 15, 2020.

The current legislation has been sponsored by Assemblyman David I. Weprin in the Assembly since 2011 and was sponsored by Senator Velmanette Montgomery in the Senate. New York now joins nine other states that offer adoptees unrestricted access to their birth certificates. Previously, discriminatory measures required adoptees who wished to obtain vital records to go through judicial proceedings, which do not guarantee access.

Access to an original birth certificate is a fundamental civil right and this important document is used to apply for passports, drivers’ licenses, and insurance. Over the years, Adoptees have spent thousands of dollars in genetic testing and private investigators to access information that should be available as of right. The legislation restores right to access information that non-adopted persons have a legal right to obtain.

“The signing of the Clean Bill of Adoptee Rights is a momentous step forward for adoptees across New York State. After many decades, adoptees will finally share in the same human and civil rights as other New Yorkers who are free to access their family histories and medical backgrounds,” said Assemblyman David I. Weprin. "I commend Governor Cuomo for signing this landmark bill ending discrimination against adoptees statewide and I thank Senator Velmanette Montgomery for carrying this bill the Senate."

"I am so proud to have been the Senate sponsor of the Clean Bill of Adoptee Rights. I thank Governor Cuomo for signing this historic piece of legislation and I thank my colleague, Assemblyman David Weprin for his unwavering commitment to this issue," said State Senator Velmanette Montgomery. “This has been long overdue. We owe our success to the advocacy of thousands of adult adoptees who have fought tirelessly on this issue for over 20 years. The level of support I received for this legislation from adult adoptees all across the state and the nation was astounding. It is important that they have the right to seek answers about their health, their family history and their heritage”

“For over 80 years, adult adoptees have been denied a basic right that many of us take for granted. For the thousands of New Yorkers who were adopted, obtaining their original birth certificates was a nearly impossible task. Only recently, through DNA testing, were some adoptees able to receive vital genetic health information and potentially information on their biological relatives. Having access to one’s history should not be a privilege obtained from a DNA test kit, but is a basic human right that everyone is entitled to. As an adoptee myself, I deserve, and my son deserves, to know our family history and where we came from,” said Assemblywoman Pamela J. Hunter. “Restoring this access has been a decades-long struggle, and I applaud the Governor for finally signing this legislation into law. I am grateful to my colleagues who were so supportive when the clean version of the bill passed the Assembly for the first time earlier this year and I look forward to receiving my birth certificate with many other NY adoptees when this bill takes effect in January.”

“Access to your personal information – who you are and where you come from – is a human right; it’s been wrong for the government to deny you access to it,” said Assembly Health Committee Chair Richard N. Gottfried. “Connecting  adoptees with birth parents works; in the overwhelming majority of cases,  these reunions are cherished by both parties.  And people need their personal and medical histories.  I’m proud to have co-sponsored this bill and admire David Weprin’s persistence in getting it done.”