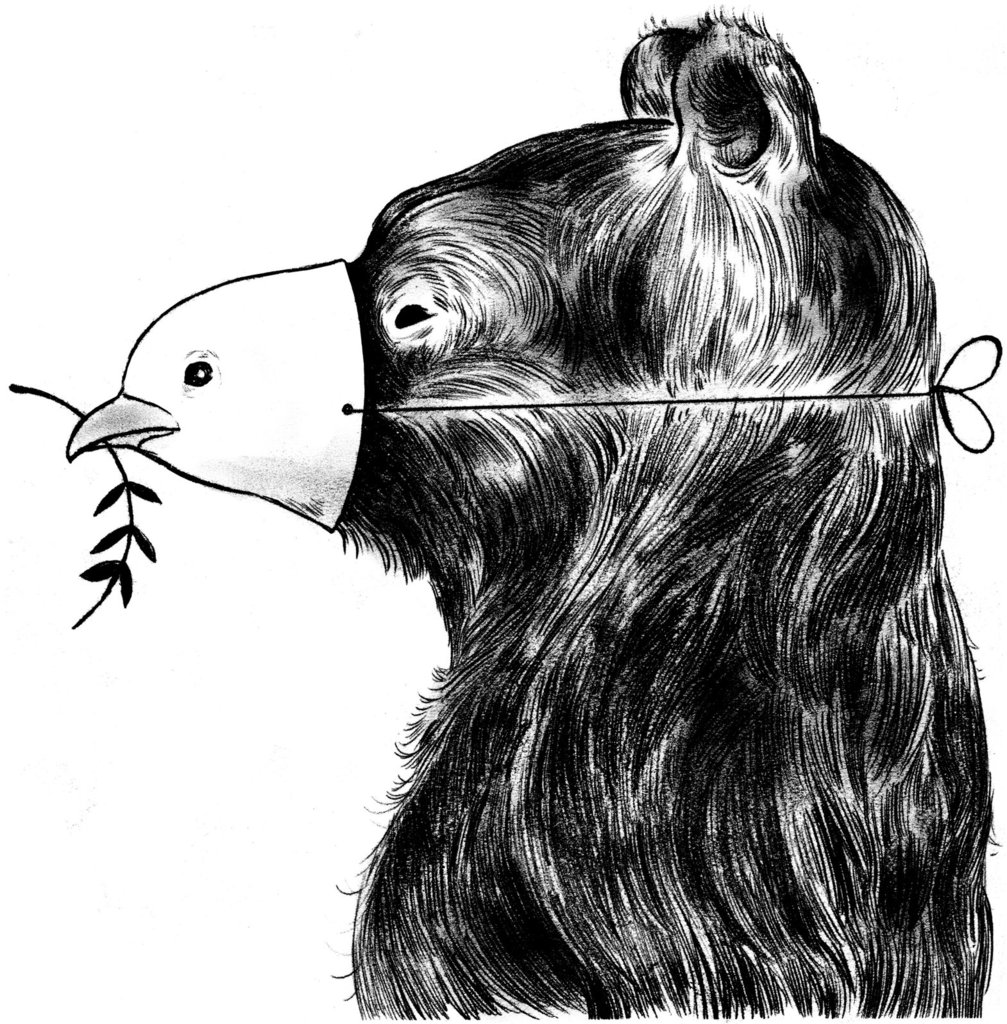 LONDON — SYRIA is being destroyed. The civil war, now more than four years old, has left the country in ruins. The implacable Islamic State controls vast areas of the north and east, and the barbaric regime of President Bashar al-Assad maintains its Damascus stronghold.

The Western powers — the United States and Europe — have no good options to combat the Islamic State, but they can’t do nothing. Either they must work with Mr. Assad’s regime to combat the jihadists, or ignore its existence and undertake military action alone to push back the jihadists. Thus far, though, the American-led air campaign against the Islamic State has done little to halt its advances.

This stark choice is a result of the failure of recent Western policy. One person who understands this better than most is the Russian president, Vladimir V. Putin.

On Sept. 4, Mr. Putin announced that Russia had been providing military aid to Damascus against the Islamic State — support that has recently been ramped up. He also called for “some kind of an international coalition to fight terrorism and extremism.” This is in keeping with Moscow’s Syria policy, which has been consistent since 2010: Block any American-backed move to remove Mr. Assad from power and instead force the West to embrace him as a partner.

Russia has been isolated by the West because of its actions in Ukraine, but now presents itself as an unlikely savior — an indispensable partner in the West’s efforts against Islamist extremism.

We’ve been here before. After the Sept. 11, 2001, attacks, Mr. Putin was the first world leader to speak with President George W. Bush. Days later, Mr. Putin promised Russia’s support for the American-led coalition against the Taliban in Afghanistan, urging others to join Russia in “fighting international terrorism.”

Islamist terrorism is an issue close to Mr. Putin’s heart; it helped him rise to power in the first place. Over several weeks in September 1999, a series of bombings destroyed four apartment buildings in Moscow and two other Russian cities. Almost 300 people were killed, with hundreds more injured.

Islamist terrorists from the southern Russian republic of Chechnya were blamed for the attacks. Given that pretext, Russia’s traumatized public readily acquiesced when Moscow began a second war in Chechnya. A few months after the invasion, Russia’s then relatively unknown, recently appointed prime minister, Mr. Putin, was swept into the presidency.

There are issues, however, with the official narrative. Critics point to evidence that the apartment bombings were carried out by Russia’s Federal Security Bureau, or at least with F.S.B. involvement.

Less than a week after the fourth bombing, a fifth bomb was uncovered in the basement of a building in another Russian city. It was disarmed before it could explode, and the bombers were arrested and identified. They turned out to be not Chechen terrorists but F.S.B. agents. Mr. Putin, himself a former head of the F.S.B., dismissed the notion that the bombings were a state-sponsored plot.

Yet suspicions that Moscow manipulates terrorism for its own purposes have re-emerged. In July, Novaya Gazeta, one of Russia’s few remaining independent newspapers, reported that the F.S.B. had been controlling the flow of jihadists from the North Caucasus to Syria, where many joined the Islamic State. The newspaper’s investigation found that the F.S.B. had established a “green corridor” allowing Islamist radicals to travel via Turkey, since Moscow would rather have these jihadists fighting in Syria than in Russia.

So much for leading the international effort against terrorism. Yet, that same month, President Obama said he was “encouraged” by a call from Mr. Putin to discuss Syria, and that this “offers us an opportunity to have a serious conversation.” Mr. Obama should not be fooled.

Mr. Putin’s master plan for Syria — promoted by his foreign minister, Sergey V. Lavrov — is clear: that the Western and Arab countries, which form the present anti-Islamic State coalition, should join forces with Mr. Assad, together with Kurdish and Iraqi troops; Iran, Hezbollah and Russia may also join this alliance. The coalition would obtain a formal mandate from the United Nations Security Council and then defeat the jihadist insurgency.

Russia would then bring Mr. Assad to the negotiating table and oversee a political transition that preserves his regime. Mr. Putin plans to address the United Nations General Assembly later this month about this plan.

In promoting a rapprochement between Russia and the West over the Islamic State, Mr. Putin hopes to rehabilitate himself, just as he did after Sept. 11. Back then, Mr. Putin convinced the West that the threat it faced in Afghanistan and elsewhere was the same as Russia faced in Chechnya. By doing so, Russia’s president was able to tamp down Western criticism of Russia’s brutality in Chechnya.

The Kremlin saw the West’s enthusiasm for cooperation as weakness. It led Mr. Putin to believe that he could act however he liked in Russia, and get away with it. That belief still prevails — but no longer applies only to Russia.

If a new rapprochement on Syria goes ahead, Ukraine would be conveniently forgotten. This would risk undermining the West’s Ukraine-related sanctions, and provide Mr. Putin with tacit recognition of Russia’s annexation of Crimea and Moscow’s dominance of eastern Ukraine.

Russia would thus have triumphed over the world order imposed by the West after the end of the Cold War. America’s enemies, from China to Iran, would see this as an invitation to redefine their relationships with Washington.

The West should consider all options on Syria — including an international coalition with Russia against the Islamic State. But if that is the chosen course, the West must doubt that Mr. Putin can be trusted, that intelligence shared by Russia will be credible, or that the Kremlin can help negotiate a diplomatic settlement in Syria that the West and its Arab allies can support.

Georgia and Ukraine show what happens when the West does not block Russia’s coercive diplomacy. We must not let Mr. Putin dictate the terms of cooperation. To do so risks repeating past mistakes.