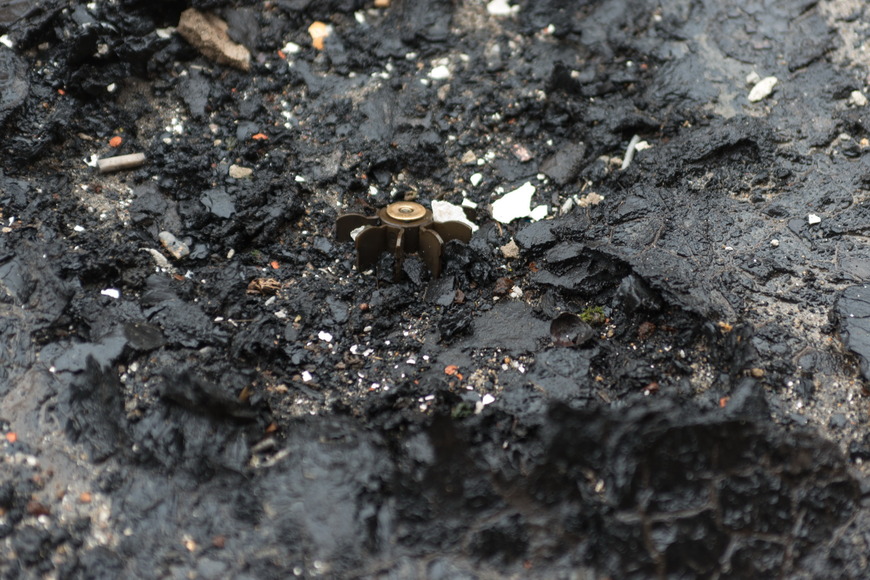 Larceny, human rights abuses, and war damage in east Ukraine point to the creation of a new “black hole” in Europe.

When Russia’s ambassador to the EU, Vladimir Chizhov, briefed press in Brussels this week in the run-up to Russia’s 9 May WWII memorial, he didn’t rule out escalation.

He blamed Ukraine’s volunteer battalions for “intensified fighting” near Donetsk airport, saying “there are indeed different rumours, including of possible offensive operations by the Ukrainian army”.

His words fit the pattern of the past 16 months: Russian claims of ceasefire violations followed by military action.

But most EU diplomats believe Moscow’s interests are better served by the status quo.

“[Russian leader] Putin wants to keep the conflict simmering at a certain temperature, giving him the option to activate it at any moment which suits him”, one EU contact said.

He already has simmering conflicts centred round de facto states in Moldova, Georgia, and Azerbaijan.

Some of the entities, notably the Pridnestrovian Moldavian Republic (PMR) in Moldova and Republic of South Ossetia in Georgia, are havens for organised crime. PMR, for instance, makes counterfeit medicine on an industrial scale.

The DPR and LPR leadership is a hotch-potch of people who keep changing posts, arresting each other, and coming and going across the open border with Russia.

The war has caused devastation.

One million people have fled. Those who stayed have no pensions or social security.

Donetsk airport, a showpiece built for the Euro2012 football tournament, is in ruins. Roads, bridges, railway lines, and energy infrastructure have been destroyed. Coal mines are filling with water for lack of electricity to operate pumps.

“It’ll take a lot of money, and time, to rebuild things”, Anatoliy Kinakh, a former Ukrainian PM who now chairs the Ukrainian League of Industrialists and Entrepreneurs, a business lobby, told EUobserver.

Denys Kazanskyi, a journalist and blogger from Donetsk who now lives in Kiev, told this website that “the LPR and DPR authorities are looting everything, even cars, office equipment, and taking it to Russia. In future, it will be poor, like Pridnestrovia”.

The lawlessness also has a more sinister side.

“It’s not Russian territory. It’s not Ukraine. It’s a black hole on the map. People can disappear. You can be shot on the street because there’s no law and order”, Kazanskyi added.

Mariya Tomak, who works for Centre of Civil Liberties, a Kiev-based NGO, estimates that 1,500 people have vanished in the region since fighting began.

She says documents found by Ukrainian soldiers in some ex-DPR and LPR facilities indicate they practice “torture” and “extra-judicial executions”.

She added that people are afraid to criticise authorities, even in phonecalls to friends or relatives, because “they think the FSB [Russia’s intelligence service] is listening”.

The situation is different on the other side of the contact line.

Tomak noted that Ukraine’s volunteer battalions are also guilty of human rights abuses, albeit “on a completely different scale” to LPR and DPR.

“Politicians are using the war and the devaluation of the hryvnia [Ukraine’s currency] as an excuse to postpone, postpone”, she told EUobserver.

Tomak said some EU states’ Russia-appeasment has harmed pro-European feeling: “During the past year, what the EU means [to Ukrainians] has become much more realistic, less romantic”.

But both women said there’s still great appetite for change in Ukrainian society.

Kinakh, the industrialists’ chairman, said the entry into force, on 1 January, of the EU free trade treaty, will lead to “rule of law, modernisation of the economy”.

“For us, the EU is much more than just a market for Ukrainian goods. It’s also a source of high technology and private investment.”

He predicts exports to the EU will soar in the agricultural sector (corn, wheat, rape, sunflower oil, and poultry), in machine parts for aviation and ship-building, pharmaceuticals, and IT services.

When EU leaders meet their counterparts from six former Soviet states, including Ukraine, in Riga on 21 May, they won’t say anything on enlargement.

But for Kinakh “it won’t be a negative signal for investors”.

“The number one signal is predictability of doing business in Ukraine, protection of property rights, a level playing field, absence of corruption”.

He noted the low hryvnia means “now’s the time” for foreign firms to buy Ukrainian assets.

For Kinakh, it doesn’t matter if, say, a US venture capitalist buys a Ukrainian factory for $1: “The price is of secondary importance. The most important thing is that they bring modernisation, make Ukrainian firms more competitive, and create jobs”.

It’s a message that isn’t being lost on the outside world.

EUobserver spoke with a former US State Department official who gave up his post to join a company which is buying assets in Ukraine’s electricity production and transmission sector.

It also spoke with an Israeli businessman, in the metals sector, who has registered three new trading firms in Ukraine.

The Israeli contact, who asked not to be named, said business people don’t care about EU silence on Ukraine accession: “It might take five years or 10 years, not 20 years, but Ukraine is heading into the European Union”.

Despite the EU-realism, some Ukrainians feel the same way.

“We’ve burnt our bridges with Russia, so there’s nowhere for us to go except the West”, Kazanskyi, the Donetsk blogger, noted.

Tomak, from the Centre of Civil Liberties, said future reconciliation with DPR and LPR “won’t be easy”, not least due to Russian media, which has a monopoly in the region and which is propagating hatred of Ukrainian “neo-Nazis”.

But reconciliation will be easier if the rest of Ukraine becomes a decent place to live.

“For us, it’s very important that people in the occupied regions can see that we have a good standard of life, protection of human rights”, Kinakh said.

“The success of the reforms is no less important than military success in protecting the territorial integrity of our country”.