Creating a buffet for Russian tyrants 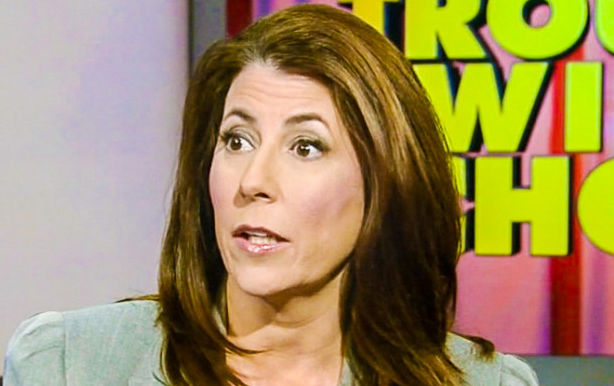 Russia is sweeping into Syria with what one defense official described to Fox News as “the largest deployment of Russian forces outside the former Soviet Union since the collapse of the USSR.”

As Russian officials continue to play Secretary of State John Kerry and President Obama for the fools they are, the world has realized Russian President Vladimir Putin is not rushing in to stop ISIS, he’s doing something much different. He’s saving his client, Syrian tyrant Assad, but also he intends to defeat the United States, the West in general, and to take control of the region.

With Mr. Obama’s ascension to the American presidency, Americans have become used to so-called leadership wrapped in retreat, surrender, acquiescence, ambivalence, incompetence, naiveté, and very often, idiocy. The world will now be reminded what happens when someone has a plan for defeating an enemy versus a plan for another round of golf.

After annexing Crimea and attacking Ukraine, Mr. Putin learned the West would do nothing. The great United States sent Meals Ready to Eat, arguing any arming of Ukrainians would “escalate” the situation.

For a man like Mr. Putin who likes real estate, the message was clear: go and get what you can while you still have a useful idiot in the White House. And boy, is he going and getting.

Russia’s involvement with Syria is nothing new. The first time the Soviet Union provided arms to Syria was in 1955. At Fox News, Jennifer Griffin reminds us, “Moscow helped rebuild Syria’s military after its disastrous wars with Israel in 1967 and 1973. Syria is home to Russia’s only naval facility in the Mediterranean, a base at Tartous. Since the Syrian civil war erupted in 2011, Russia has been a chief backer of Assad, fending off U.N. resolutions against him and stepping up arms deliveries to his military.”

Mr. Obama’s refusal to aid Ukraine, his infamous Syrian “red line” debacle, lack of action when an American ambassador and three others were murdered in Benghazi and the U.S. consulate destroyed, and his capitulation to Iran, was like setting the table for a tyrant like Mr. Putin.

American retreat from Iraq, hundreds of millions of dollars to his ally Iran, billions flowing into Iran from Europe as the EU teeters under a refugee invasion, the timing is right. With heavy weaponry including surface to air missiles sent to Syria (ISIS has nothing to shoot down), it’s clear Russia is establishing a new, massive base from which to operate offensively.

Hundreds of Iranian troops (possibly thousands) have already moved in Syria, along with support by Hezbollah fighters from Lebanon, indicating this has been a plan in the works for weeks, likely as the ink was drying on the Iran/US nuclear deal.

At the UN General Assembly last week in New York, the Russians must have been amused by the fact that Mr. Obama, Mr. Kerry and Ms. Power had absolutely no idea what Russia was up to. This cluelessness must have inspired Mr. Putin, who shook hands with Mr. Obama and Mr. Kerry, then laughed his way the very next day into Syria. An intentional humiliation of Mr. Obama, which is not very difficult to accomplish.

In the meantime, according to reports from the Daily Mail, Mr. Putin has conscripted 150,000 new troops into the Russian army. It’s safe to say, those boots will be on the ground someplace other than Mother Russia.

With all that we know, here’s a prediction: Mr. Putin is not in Syria to strike ISIS, he’s there to destroy Mr. Assad’s opposition, including all U.S. trained assets. Once all opposition is gone, this leaves the West with a choice of supporting Mr. Assad or ISIS.

In the meantime, this will create an even more massive refugee crisis heading to the West, further destabilizing the economies of Europe and the United States, which is probably just fine with the former KGB agent.

Mr. Putin will leave fighting ISIS to the United States, and perhaps France and whoever else can be cobbled together, while he then annexes the northern part of Iraq for Syria, expanding his client’s border considerably, and handing the southern part of Iraq, including Baghdad, to Iran. This places the Iranian border right next to Saudi Arabia.

It’s possible Mr. Putin may slice off the northern part of Iraq for Turkey, to keep them from disturbing his overall plan, and might even help them genocide the Kurds in the process. Yes, Turkey is a part of NATO but with Mr. Obama sinking the United States into irrelevance in the region, and our lack of resolve in supporting other NATO allies, Turkey will go with the strong horse, and that’s not us.

Once Iraq is annexed, Russia will help Iran & Iraq’s Shia population slaughter the Sunni, all in the name of defeating ISIS.

The bottom line is this: Mr. Obama is telegraphing to all the monsters and criminals that he’s in a coma allowing the world for the next 15 months to be a buffet for tyrants. Unless someone in the United States military or Congress decides enough is enough and confronts the dangerous incompetence in the White House, the Nobel Peace Prize-winning “No Drama Obama” could be shoving us right into World War III.