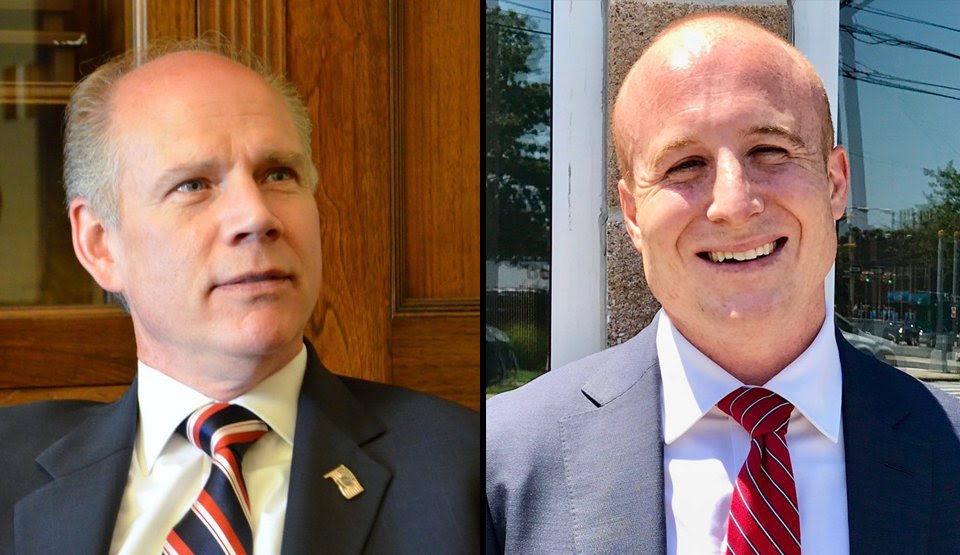 After Rose won the Democratic primary, he immediately questioned Donovan on his commitment to the New York 11th congressional district.

"Dan Donovan is not going to fix this, he's not in the community. He does not show up when it counts, he was asleep at the wheel at the DA's office letting a drug epidemic completely spiral out of control," Rose told supporters at Liberty Tavern on Tuesday. "He was scared to look us in the eye and hold town halls [and] frankly the only thing he's been good at in Washington is cashing in on corporate PAC checks and acting accordingly."

Jessica Proud, a Donovan spokesman, responded saying that "The last thing Staten Island needs is a carpetbagger who is funded by Nancy Pelosi and Bernie Sanders socialists."

The Democratic Congressional Campaign committee has already released a digital Ad buy against the incumbent that called Donovan "desperate."

"Right now it's time for all Republicans to come together around to Republican voters' choice, congressman Dan Donovan, to make sure we keep this seat out of the hands of a Nancy Pelosi, Democratic Congressional Committee-controlled Democrat, whose values and beliefs are wholly out of touch with this district and Staten Island," said Lantry.

Rose has said publicly that he doesn't support Pelosi and wouldn't vote for her to be Speaker of the House if he was elected.

The Supreme Court ruled on Wednesday that public employees do not have to pay fees to unions to cover collective bargaining costs. The decision is widely expected to adversely impact union membership and revenues.

"Dan Donovan's silence as the Supreme Court put the livelihood of our neighbors at risk shouldn't be a surprise to anyone," said Rose, a St. George Army veteran who has been endorsed by several private sector unions. "In times like these, the cops, firefighters, teachers and all the civil servants on Staten Island and in Brooklyn deserve a leader with the guts to stand up for them, not someone as spineless as Dan Donovan."

Donovan's campaign told the Advance that he doesn't agree with the Supreme Court's decision.

Rose said on Wednesday that the Supreme Court's decision was dangerous for workers and unions.

"[The] Supreme Court decision to undermine collective bargaining is a tremendous setback not just for organized labor, but for middle class workers everywhere," said Rose. "It gives a green light for some to freeload off the hard-fought gains and protections secured by others. That's not what Staten Island and Brooklyn are about, it's not what our country is about, and it is economically irresponsible."

Rose's campaign told the Advance that the campaign staff unionized on June 11 in a unanimous vote.

"That's why I'm walking the walk. My staff is the first campaign staff to unionize in the district's history," said Rose, who most recently worked as chief of staff at a nonprofit healthcare clinic. "And I'll take that commitment to DC to ensure we protect the pensions, rights, and protections so many fought for."

The general election is Nov. 6.