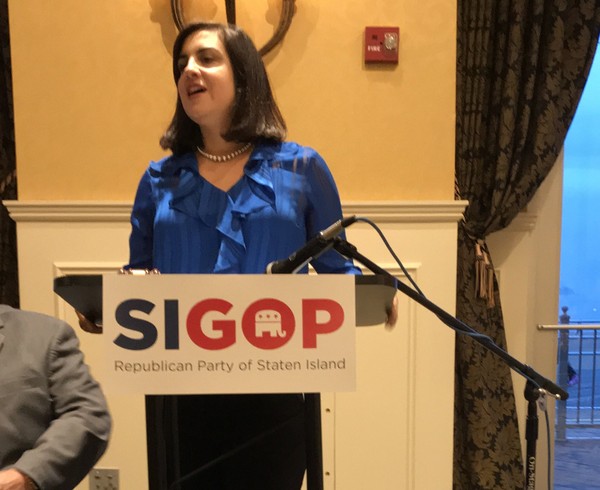 "We can still run candidates for these offices. I'm actually in conversations with Brooklyn and we may have a candidate out of Brooklyn to run against Sen. Savino and we'll see how that shapes out," said Brendan Lantry, the Staten Island GOP chairman. "I'm happy to say that we're still exploring candidates for these other seats, but we wanted to get our convention done early."

"Marc Molinaro is a proven leader and exactly the dynamic candidate we need to rescue our state from the job-killing, tax-and-spend policies of Andrew Cuomo and the culture of corruption running rampant in Albany," Lantry said.

"I'm appalled as a former prosecutor, but more than that I am saddened as a father," Lanza told the committee. "That's an oxymoron. There is no safe way to put poison in your arm."

Malliotakis added, "We're seeing ideas to open up heroin injection centers, which to me is a terrible idea.  We're going to condone this and basically put a community center for heroin users to to shoot up."